Filmart Online 2020: the buzz titles from across Asia 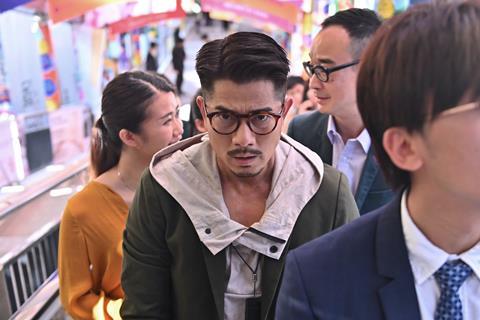 Despite production delays across Asia during the Covid-19 pandemic, dozens of new titles from Hong Kong, China, Taiwan, South Korea and other territories are being launched at Filmart Online. Screen has selected 12 films that weren’t on offer during the recent Cannes Marché du Film Online so will be fresh to buyers, ranging from Lee Ranhee’s socially conscious drama A Leave and Chang Yaosheng’s dark romantic drama A Leg to a Fruit Chan horror anthology and Oxide Pang’s latest action movie.

Dir. Lee Soo-sung
Lee Chae-young, Jo Jung-min and Choi Cheol-ho star in this horror film set against the backdrop of a mysterious yoga class. Fashion model Hyo-jung is in danger of losing her job due to the younger and more fashionable generation coming after her. When she learns from an old classmate about a yoga class that helps shape the perfect body, she attends with three friends – boxer Mi-yeon, who failed to keep fit, Ji-won, who has an unstable mental condition, and Ye-na, a movie star morbidly obsessed with her appearance. Meanwhile, police start investigating the class after a former student commits a murder. Produced by Jcustom Group and The Friday Pictures, the film is in post-production.
Contact: Contents Panda, sales@its-new.co.kr 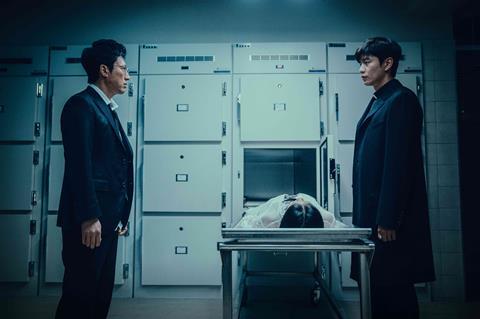 Dir. Hyun Moon-seop
Hyun’s feature film debut is a horror mystery starring Park Shin-yang (Man On The Edge), Lee Min-ki (For The Emperor) and Lee Re (Peninsula). When a heart specialist (Park) and his wife find their daughter (Lee Re) exhibiting strange symptoms, they decide to attempt an exorcism with a priest (Lee Min-ki) who is sure there is a demon inside her. But the girl dies in the ritual and as her three-day funeral begins, her father becomes convinced her heart is still beating. No one believes him, especially the priest, who says there’s still a menacing spirit inside her. The film is in post-production.
Contact: Showbox, sales@showbox.co.kr

Dir: Wong Hing Fan
The second film from Wong following i’m livin’ it, this action drama reunites him with actor Aaron Kwok and also stars Lam Ka Tung, Megan Lai and Simon Yam. Kwok plays a cyber security engineer who develops an AI programme with the potential to disable the region’s entire networks, but then has to prevent it falling into the wrong hands. Currently in production, the film is produced by Soi Cheang for Sil Metropole and Entertaining Power. Soi Cheang also produced i’m livin’ it, which premiered at Tokyo International Film Festival last year.
Contact: Esther Yeung, Edko Films, info@edkofilm.com.hk

Dir: Oxide Pang
Currently in pre-production for delivery in the fourth quarter of 2021, Pang’s latest action drama follows a group of firefighters putting their lives on the line when a mild earthquake ignites an explosion in a chemical plant. Du Jiang (The Captain) and Wang Qianyuan (Saving Mr. Wu) head the cast of the film, with more key cast to be announced soon. Pang already has experience with fire-themed disaster movies, as he co-directed Out Of Inferno with Danny Pang, in 2013.
Contact: Mia Sin, Universe Films Distribution, mia_sin@uih.com.hk 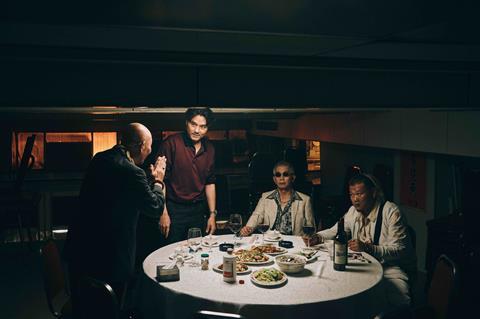 Dir. Chan Kin Long
Chan’s debut feature tells the story of a retired soldier, formerly in the British colonial army, who agrees to store drugs for a South Asian small-time crook. The two men bond when they realise they are both leftovers from a long-gone colonial past, but loyalties are tested when it’s revealed that the drugs have been stolen from an underworld kingpin. Currently in production, the film stars Lam Ka Tung and Bipin Karma and is backed by the Hong Kong Film Development Council’s First Feature Film Initiative (FFFI).
Contact: Esther Yeung, Edko Films, info@edkofilm.com.hk

Dir. Erica Li
Veteran filmmaker Herman Yau (Shock Wave) is producing this debut feature from screenwriter and lyricist Erica Li, who has written scripts for films such as Shock Wave, The White Storm 2: Drug Lords and Men Suddenly In Black. Charlene Choi and Wong Cho Lam head the cast of the film about an urban sketch artist with a terminal illness who asks a former primary school classmate to spend one full day with him, so he has memories of a great love for the remainder of his short life. The film integrates the work of Hong Kong miniaturists and urban sketchers and has Christopher Doyle on board as cinematographer.
Contact: Miriam Cheung, Emperor Motion Pictures, miriamcheung@emperorgroup.com

Dir. Song Hyun-joo
Chan-hee from K-pop group SF9 and Park You-na star in this horror film set in a haunted school. Hee-min moves to a new school and falls in love at first sight with a girl there. When he finds her diary, he decides to return it with Valentine’s Day candy and sneaks into the school on the night before to do so. Meanwhile, she has also come back to look for her lost diary. They get locked up with a few other friends and spend the night trying to escape the bedevilled souls chasing them. Produced by Wise Wolf, the film is in post-production with a local release expected later this year.
Contact: Contents Panda, sales@its-new.co.kr 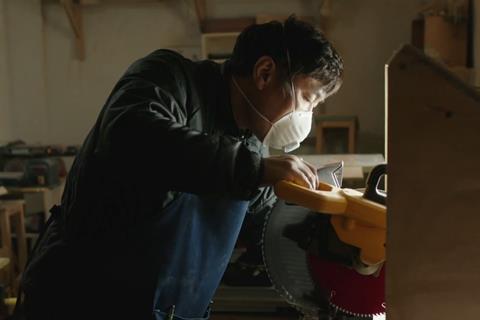 Dir. Lee Ranhee
Lee’s debut feature follows the labour rights themes of her award-winning shorts A Perm, A Night Before The Wedding and A Tent, which screened at festivals such as Tampere, Melbourne, Hamburg and Jeonju. A 49-year-old laid-off worker, who has spent the past five years staging a sit-in protest with his colleagues in Seoul, gets ten days off after their union loses its final lawsuit to nullify lay-offs. He goes back home to Incheon to work in a furniture factory to earn money for his daughter’s college tuition deposit and a long padded coat. Although satisfied with re-starting work after five years and being able to spend time with his daughters, he faces a dilemma when he’s offered a full-time job. Starring Lee Bongha and Kim Ahseok, the film is set for an autumn festival premiere.
Contact: Youngin Lee, Indiestory Inc, indiestory.sales@gmail.com

Dir. Chang Yao-sheng
Chang’s directorial debut is produced by Taiwanese filmmaker Chung Mong-hong, with whom he co-wrote last year’s award-winning drama A Sun. The film stars Gwei Lun-mei and Yo Yang as a husband and wife who meet each other while ballroom dancing, but when the husband dies following a leg amputation, the wife has to fight hospital bureaucracy to keep his body intact. The film has been selected as one of two titles to open this year’s Golden Horse film festival, along with Classmates-, directed by Huang Hsin-yao, also produced by Chung, who is also acting as cinematographer on both films.
Contact: Sharleen Liu, Mirror Fiction, sharleenliu@mirrorfiction.com

Memories To Choke On, Drinks To Wash Them Down (Hong Kong)

Dirs. Leung Ming Kai, Kate Reilly
Hong Kong-based Golden Scene recently picked up international rights to this collection of four short films, that played at this year’s International Film Festival Rotterdam. Co-directors Leung Ming-kai and Kate Reilly examine the complex realities of modern-day Hong Kong through the stories of local immigrants, working class boys, English teachers and a barista and music video star running for political office. Leung is a cinematographer who has worked all over the world, while Reilly is an actress and filmmaker from the US.
Contact: Felix Tsang, Golden Scene, felix@goldenscene.com

A Night In Paradise (South Korea)

Dir. Park Hoon-jung
New World director Park’s latest gangster film is set for a world premiere at the Venice Film Festival out of competition. The cast is headed by Eom Tae-goo (The Great Battle), Jeon Yeo-been (Secret Zoo) and Cha Seoung-won (Cheer up, Mr. Lee). The ace in a criminal gang tries to clean up his life for his sick sister and nephew, but when they are killed in an accident by someone aiming for him, he takes out the boss of another gang and runs away to Jeju Island, unaware his own gang has already abandoned him. In this island paradise, he meets a man and his dying niece who look after the gangster as danger approaches. Produced by Goldmoon Film, which also produced the director’s previous films, VIP and The Witch: Part 1. The Subversion, A Night In Paradise is currently in post-production.
Contact: Contents Panda, sales@its-new.co.kr

Dir: Fruit Chan
Currently in production, Chan’s satirical horror anthology tells three stories about how Hong Kong’s soaring property prices convince some people that it’s not so bad living under the same roof with the dead. A real estate broker gets more than he bargained for when he sells a haunted apartment; four sisters have dubious motives in mind when they gather round their dying mother’s sick bed; and a landlord’s scheme to make more money is sabotaged when a deceased tenant refuses to leave the premises. Produced by Chan’s Nicetop Independent, the film stars Wong You Nam (The Midnight After), Susan Shaw (Gallants), Cheung Tat Ming (i’m livin’ it) and Tai Bo, who recently won best actor at the Hong Kong Film Awards for Suk Suk.
Contact: Esther Yeung, Edko Films, info@edkofilm.com.hk