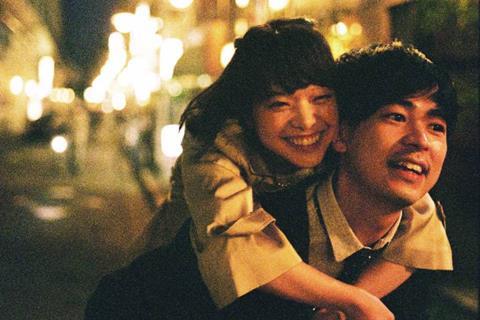 Rikiya Imaizumi is hailed as a master of romantic films about Japanese youth. He made his directorial debut less than a decade ago with The Movie Of Tama in 2010 and, since then, his films — particularly Their Distance and Same Old, Same Old, which played in TIFF’s Japanese Cinema Splash section in 2015 and 2016 respectively — have proved popular with local audiences.

His new film Just Only Love is now premiering in Competition. Based on a book by female writer Mitsuyo Kakuta, the feature sees Imaizumi explore how the millennial generation is navigating love and relationships through the story of a one-sided love affair between a twentysomething couple.

The cost of the equipment is getting lower and there are many independent films made nowa­days in Japan. Yet the number of theatres showing independent films is limited, so many of these films will not be screened. Also, the number of talents who develop their careers in the director-driven film-production system is falling, as the people who cross over from making indies to commercial films is increasing.

For Just Only Love, which is not an indie, I was approached by the producer who gave me the original novel to read and adapt into a film. The idea had already been in the works for six years, and it took me a further two years to make.

In what way does your adaptation differ from the novel?

Even though the film is faithful to the original book, the book told the story from only one point of view.

Just Only Love returns to your favoured topic of relationships between young people. What do you find so cinematically rich about this subject matter?

Since I first started making low- budget independent and short films, I was interested in making films about love. Although there are a lot of love stories in Japanese films and manga, many of these are often very glittery. They tend to be about a couple finding their true love and have a happy end. There is a lot of fiction.

In comparison to that, in reality, love is about smaller things. For example, a person could be worried about getting married or wanting to get married. But also a person might simply be worried about the relationship. In making this film, I continued to think about these matters. This time, it’s about distance in a relationship.

Who are your main inspirations?

I admire a lot of Japanese filmmakers, such as Nobuhiro Yamashita, but when I started making films about love I was inspired by American directors such as John Cassavetes, and now also by Eric Rohmer and Hong Sangsoo.

How did you put the cast together?

There are three main protagonists in the film. I had seen Yukino Kishii, who plays the main character Teruko, in various films and I thought it would be best to try her in the role. We often consulted together if a certain scene could be done better, such as when she wanted to do another take even if we had approved one already.

With Mai Fukagawa, I had made a film before with her and I’d also seen the work of Noriko Eguchi, who plays the very difficult role of Sumire. When I was reading the novel, I was wondering what kind of a character she really was.

As for Ryo Narita, he is a really popular actor now, and we had met three or four years ago during an actors’ workshop and decided we would like to work together one day.

This is your fourth time at TIFF. What do you enjoy most about the festival?

It is always wonderful to meet and talk about cinema with directors and actors, as well as the members of the Japan Splash and Competition Jury.