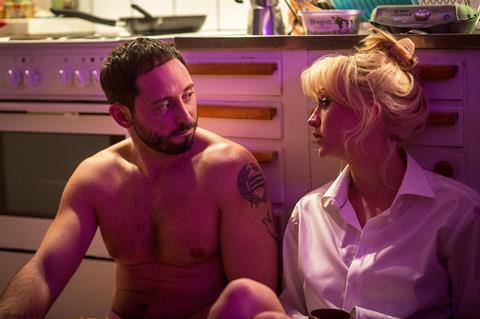 English-language financial thriller Devils is making its world premiere at Mipcom. Produced by Lux Vide for Sky Italia and Sky Atlantic, and distributed internationally by NBCUniversal Global Distribution, Devils stars Alessandro Borghi (Suburra) and Patrick Dempsey (Grey’s Anatomy). After being implicated in a deadly scandal, a trader at a leading London bank fights to clear his name, but instead uncovers an intercontinental conspiracy.

This highly anticipated TV adaptation of Sally Rooney’s literary sensation is being produced by Irish and London-based outfit Element Pictures (whose feature credits include The Favourite, Room and The Lobster) as a 12-parter for BBC Three and Hulu. Adapted by Rooney and Alice Birch with Mark O’Rowe, and directed by the Oscar-nominated Lenny Abrahamson and the renowned Hettie Macdonald, this contemporary love story stars Daisy Edgar Jones and Paul Mescal. Endeavor Content is handling international sales.

Adapted from Malorie Blackman’s bestselling novel, Noughts + Crosses is a love story set in an alternative world where society is divided by race. Sephy (Masali Baduza) is a ‘Cross’, a member of the black ruling class, unable to be with Callum (Jack Rowan), a ‘Nought’, a member of the white underclass. Filmed in South Africa and produced by Mammoth Screen (Poldark, Victoria), the six-part BBC One drama is being sold by ITV Global Entertainment.

The first Japanese costume drama shot in high resolution 8K, 120-minute drama The Return is produced for Japan’s Samurai Drama Channel and stars Tatsuya Nakada, a veteran of Akira Kurosawa’s historical epics. The Return is the story of an old outlaw who returns to his hometown after many years. He meets a young woman in trouble and decides to save her, and himself, in the process. Kansai TV is handling international sales.