Gabriel Yared on scoring ‘Betty Blue’, working with Minghella and being fired from ‘Troy’

For WSA lifetime achievement award recipient Gabriel Yared, gut instinct and a traditional approach have been the bedrock of a 40-year career. 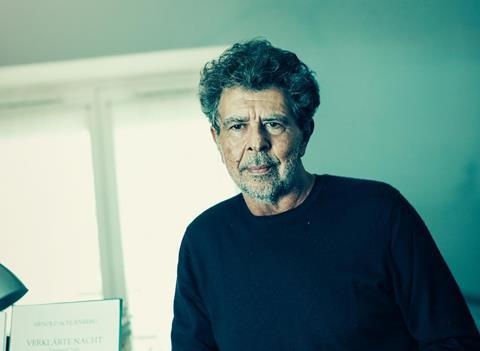 After making his debut scoring Jean-Luc Godard’s Every Man For Himself in 1980, French-Lebanese musician Gabriel Yared quickly established himself as one of Europe’s most versatile and in-demand film composers.

“My musical language was, and still is, adapting to each film,” says the 70-year-old recipient of a lifetime achievement award from the World Soundtrack Awards, which is celebrating its 20th anniversary this year as part of the Film Fest Gent.

“I compose according to what I deem fitting and suitable. I don’t necessarily consider the taste of the audience, at least not consciously. I follow my musical instincts and feeling after reading the script and discussing intensively with the director.”

Yared’s international breakthrough came in 1986 with his jazz-pop fusion for Jean-Jacques Beineix’s arthouse smash Betty Blue – a score that cost around $20,000 to produce.

“I only had three musicians, plus myself, and the demos were shared with the actors and the rest of the crew,” Yared recalls. “Everybody knew my music by heart during the shooting and would hum along. It was a real work of love.”

Hollywood then came calling, bringing with it increased budgets but also more demands. “I was used to working with a small budget, without a music editor,” he says. “The person who would determine whether my music was good or needed reworking was the director.

“In Hollywood, demos have to be approved not only by the director, but also by the producers and the distributor sometimes, unless the director and composer have a very close working relationship. In some way, the process becomes more industrial, as everybody has a say.”

In 2004, Yared spent more than six months on Troy, recording his score with a 100-piece orchestra to the satisfaction of director Wolfgang Petersen and producers. But after a test audience said they did not like it, Yared was replaced by James Horner.

“I was upset and confused, as it was the first time it had happened to me,” he admits. “I soon found out it was a common matter in Hollywood.”

When it comes to picking projects, Yared’s main criteria is “a mutual understanding and compatibility between me and the director. I write music mostly for the director rather than the film, so when there is harmony on a personal level, our professional collaboration can flourish.”

His preference is to begin work before a frame of footage has been shot. “Godard didn’t want to show me any images, he simply told me the story. I soon realised this made sense and attempted to adapt it working with other directors. When I read a script or listen to the story, images appear and dance in my mind.”

Yared’s working relationship with Anthony Minghella was one of the composer’s most rewarding. The pair met on a mobile-phone commercial in the early 1990s. “He was sitting there, looking like a little Buddha, and we connected straight away,” recalls Yared.

A few years later, Minghella called him about The English Patient. “He told me he was eager to work with me but the producer had other candidates in mind. Anthony came to see me, told me the whole story in great detail, and proposed I start writing a main theme.”

The English Patient won both men Oscars, and their fruitful collaboration continued with The Talented Mr Ripley, Cold Mountain, Breaking And Entering and TV series The No.1 Ladies Detective Agency. “Anthony taught me how to appreciate and embrace film and cinema. He allowed me to adapt, be versatile, and explore many different styles.”

Indeed, Yared’s versatility has seen him work in all genres, as well as animation, commercials, documentaries and TV. “There’s no artistic differences,” he says. “I put all my skills and energy into my music even if writing for a 30-second ad. I love composing for documentaries, particularly those about nature.”

Looking back at his 40 years in the business, Yared feels scores in general have become “less elaborate” because of the rush in which they are created, with composers having to write and record in a matter of weeks, often following a prescribed temp track.

Yared still writes music the traditional way, “with pen and paper in order to visualise and develop the composition. Technology is extremely useful. However, it should never replace the knowledge of proper music writing. Music has evolved from the 16th to 20th centuries following the same rules of harmony, counterpoint and fugue, so there is no reason for me to ignore this writing film music.”

A great score, he adds, is the perfect combination of five things. The first is a strong and memorable theme – “If you imagine music as a body, then the theme is the face”.

Next, a unique sound “[like] the balalaikas in Doctor Zhivago, the cithara in The Third Man”, followed by an embellishing, appropriate and engaging orchestration and a refined fusion of image and story. And finally, a director who understands the importance of music and gives it the right space to breathe and express itself.

Yared’s relationship with the World Soundtrack Awards dates back to its inception in 2001 and he praises its contribution in helping launch the careers of many young composers via its discovery award.

And while he admits to being thrilled and delighted with his lifetime award, he adds: “It is important to remain humble and always push forward. I spend a lot of my time reading and playing Bach, Mozart, Beethoven, Debussy, and this makes me feel I have a long way to go.”