How might the international film festival circuit be transformed by the Covid-19 crisis? 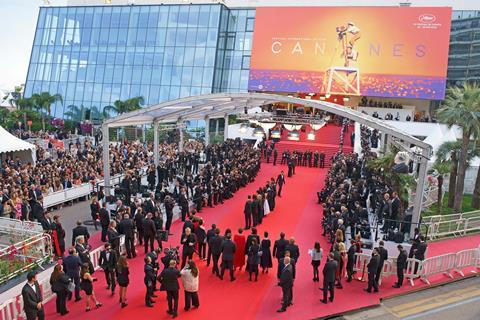 Will the disruption prompt top-tier buyers and sellers to embrace virtual deal-making?

Fionnuala Halligan: My sense would be not for Cannes or the circuit princes — Cannes being the king of the calendar — but there could be a marked fall-off in physical attendance on second- and third-tier festivals as companies examine their rationales after Covid-19 has passed. The festival circuit is engorged, the product line is clogged, and we have a well-flagged-up environmental issue with festival travel long before Covid-19 reared its head, but this could be the spark that prompts change. Essentially though, it’s a relationship business, and Cannes is the apex of that.

Jeremy Kay: I agree. This will change deal-making but only during key markets for the duration of the Covid-19 outbreak. People have seen links for years now and deals get done on the phone all the time. The innovation here could be that there will be an auction element during the timing of, say, Cannes’ Marché du Film: if a seller or key buyer(s) are not physically going to be on the Croisette, sales agents could stage presentations remotely and invite multiple buyers to watch a link or make bids within a timeframe.

Logistically this might be harder for a smaller sales company or sole operators to set up, but not impossible with platforms and video conferencing software that exists. It remains to be seen if it would become the norm or merely a temporary fix. US president Trump’s travel ban from Europe throws a spanner in the works. If it gets extended into late April, the top European buyers who routinely visit Hollywood agencies before Cannes won’t come and everyone might have to set up their webcams sooner than anticipated to swap intelligence.

Melanie Goodfellow: That’s ok for mainstream films with tried-and-tested formulas but doing deals online won’t work long-term for independent arthouse film sales. One major seller told me about a savvy Chinese platform that was hoovering up hot Berlinale titles long distance amid the coronavirus outbreak over there, but ultimately this buyer was still taking their cue from reports of what was going on in the physical market.

There is nothing like a buzzy A-list screening to propel independent titles to sales success: take Les Misérables last year at Cannes and Capernaum in 2018. Buyers and sellers have long done the groundwork via links and teasers, but face-to-face engagement and big screen audience reaction remains key, especially for titles where a distributor’s decision to acquire it is not driven by commercial considerations alone. Even this year, sales companies with cinephile slates are likely to hold out for festival slots to launch their titles if Cannes does not go ahead.

If the industry struggles on without Cannes this year, do you think the festival will be permanently diminished?

FH: No. Cannes is unassailable and you can’t break down its meaning on a balance sheet. Cannes is symbolic of cinema itself. So, if the festival extracted the “industry” — shut the market, for example — and just screened the 70-odd films in official selection in some form, even just those in Competition, the film “industry” would still clamour to see them. Because the industry is comprised of cineastes who see Cannes as more than just the sum of its parts. Cannes wouldn’t be diminished even in those circumstances, it would still burnish cinema. The only thing that can really hurt the festival’s reputation is if it sold itself out.

JK: Well, in some cases US companies have been sending slightly more modest teams to Cannes and other markets in recent years anyway as part of the overall belt-tightening that resulted from the 2008 global financial crisis. It’s hard to see how Cannes would be permanently diminished unless humanity is moving into some bleak phase of existence whereby we’re routinely assailed by viruses, or Trump decides to impose travel bans on all Americans.

Cannes is too big to miss, film­makers want their films to premiere there and it’s not just about the transactions — the face-to-face meetings can kick off conversations about development projects or broader partnerships that continue in Venice or Toronto.

Assuming 2021 is virus-free and all major events proceed as scheduled, we could see the industry return to a marquee event like Cannes. However, the general trend towards streamlining may not bode so well for lesser events.

MG: Cannes is not only about the US presence. It means many things to many different territories and cinema-related activities. Many independent professionals I spoke to in the early days of the outbreak in Europe were still keen to attend. They had already paid for their accommodation and flights, so why not?

But as the situation worsens across the region, enthusiasm is waning. Even if the coronavirus outbreak peaks in France by end April, mid-May, international professionals may not want to or be able to travel to Cannes. If it does go ahead, I think most the French film industry will be there out of solidarity. It will be seen as a beacon of light after a dark period. Looking ahead, I don’t think there is any chance of Cannes being knocked from its perch. If anything, absence will make the heart grow fonder and the film industry professionals will flock back in 2021.

Can the industry stand to lose a few international co-production and pitching events that are being forced to cancel?

JK: Absolutely. The Americans are laser-focused on how they spend their money, so a few less events to pack the bags for would be welcome. They scrutinise each one and try to divine if it would generate a return on the cash and time investment. Already several people are privately relieved there will be no MipTV this year.

MG: The indie film scene would be a far greyer place if only the platforms connected to A-list festivals remained. Many of the smaller platforms are important incubators for local and regional talent, especially in parts of the world without a tradition of state funding for feature film. In an era of championing diversity and inclusion, they play a vital role in helping get different stories told. In territories without cinema training and education these platforms can be game-changers for emerging talents. Rather than focusing on the glut of films, perhaps we should be asking instead whose stories will no longer have a chance of being told if some of the smaller events disappear?

FH: But the festival business needs to address the glut of product. The wheel has been turning faster and faster, fuelled by soft money, pushing out more and more films, more festivals, more pitching markets, co-production events. And then what?

It’s depressing to see the amount of films that end up homeless, no festival programming them. Sadder still are the ones that get their coveted festival premiere to deafening silence.

If you look at the world premieres of Sundance, Rotterdam and Berlin — all shown over the course of three weeks — you’d be forgiven for imagining there’s a vibrant arthouse scene willing to embrace these hundreds of (mostly) tiny titles. But there isn’t. There’s a disconnect with the end audience, and it’s turned into a lottery. Something has to change, and it looked like where the streamers started shaking things up, Covid-19 may have an even greater effect.