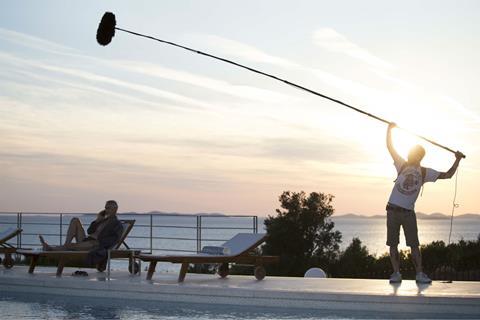 Filming of ‘McMafia’ in Croatia

When Misha Glenny’s non-fiction book McMafia was first published in 2008, Iran-born Hossein Amini was fascinated by the overview it offered of how organised crime has flourished in the age of globalisation.

“I’ve always loved gangster movies and I read about crime going way back [in my youth],” he says. “The way I was beginning to see it, whether it was like GoodFellas or The Sopranos, was that it was the twilight of the Mafia and law enforcement had pretty much destroyed it as a force.

“I read Misha’s book and realised not only was that not the case, but that crime was really reinventing itself in a global way; it seemed to completely transform itself to fit into the 21st century.”

Amini, whose screenwriting credits include Drive, 47 Ronin and The Snowman, first envisioned a film adaptation for the novel. However, the wide breadth of content presented in Glenny’s book proved daunting to adapt. “I never really got my head around how to tell the scale of that world in two hours,” Amini explains.

James Watkins, who co-created the McMafia series with Amini (and directed all eight episodes) read the book and suggested they consider it as a TV project. The duo enlisted the help of Amini’s UK agent, who also knew Glenny, and requested an opportunity to pitch their take on an adaptation.

“[They] were just about to sell the TV rights and we begged them to hold off until we came up with the pitch. So, James and I sat down and pitched Misha,” Amini remembers.

Amini and Watkins sat across from Glenny in a café and tried to persuade him their version would be as completely true to the book as it could possibly be. “One of the things we stressed was how important authenticity was. [Misha] did not take the bird in the hand and gave us a chance to develop it ourselves,” Amini recalls. Glenny serves as an executive producer on the series. 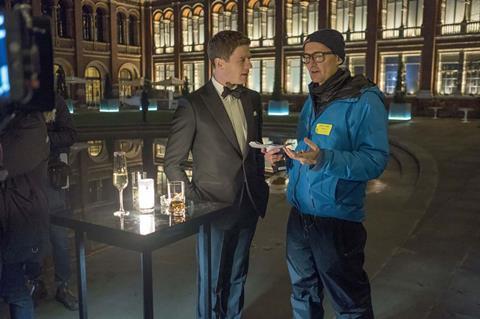 James Norton and director James Watkins on the ‘McMafia’ set

McMafia centres on Alex Godman, played by James Norton, the London-raised son of Russian Mafia exiles who has built a legitimate business but is drawn into the criminal underworld he has long tried to avoid. The eight-part series reunites co-production partners BBC and AMC following their successful joint effort on The Night Manager, which took awards season by storm, bringing in 12 Primetime Emmy nominations with two wins. Cuba Pictures and Twickenham Studios served as co-producers on McMafia, with the BBC distributing in the UK and AMC in the US. Amazon Studios has video-streaming rights to the rest of the world.

The sprawling international nature of the book meant much had to be left out. “We tried to cover a lot of countries, but if we had tried to cover everything it would have just been completely unmanageable, so we focused on certain sections,” says Amini. “Russian organised crime, for example. We were tempted by hacking in Brazil, but in the end we felt we couldn’t integrate it organically into an eight-part series.”

The vast amount of material leaves plenty of potential for future seasons, with BBC One having already ordered an eight-episode second season (US distributor AMC has yet to make a decision on the fate of the show on its network).

Real-world headlines also serve as source material for McMafia. “One of the goals we had for the show was to try to be as contemporary as possible, as opposed to looking back at past crime or creating something heightened,” Amini explains. The writer, who first moved to the UK in 1979 after the Iranian revolution, reached into his own memory of his teenage years in Iran to inform a key assassination scene in the pilot episode.

“There was an assassination of an Iranian politician in exile, which I remember completely chilled me as a teenager,” he says. “Because the politician was guarded they couldn’t get in with weapons and they basically came in posing as friends and used whatever cutlery they could find on the scene.”

Amini and Watkins attempted to achieve a documentary feel for the show, and undertook extensive research. “There was a lot of research into money laundering in the UK, Russian organised crime, and the convergence of governments,” Amini says. “[I tried] to remain true to the sense these are events that have and could actually be happening in our contemporary world. That was a challenge, not to make the drama so heightened that it started moving away from the tone of Misha’s book.”