Japan's anime renaissance in the spotlight at Tokyo Film Festival

A new section at Tokyo International Film Festival dedicated to Japanese anime and VFX will give audiences a taste of cult classics and the latest hits. 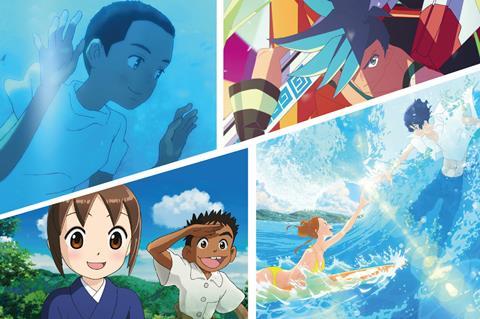 Japanese anime is a global phenomenon, racking up box-office success and loyal fans in both its home country and around the world. In recognition of its significance, Tokyo International Film Festival (TIFF) has established a new section devoted to the medium.

The Japanese Animation sidebar will, this year, trace how local animation and visual effects (in both anime and live-action content) have developed, through a series of screenings and talk events. Subtitled ‘The evolution of Japanese animation/VFX’, the section will screen five recent animated hits, along with three classics, and showcase VFX from 1966 TV series Ultra Q.

Reflecting the current strength of anime, four of the five recent films on offer were released this year: Ayumu Watanabe’s Children Of The Sea, Hiroyuki Imaishi’s Promare, Masaaki Yuasa’s Ride Your Wave and Makoto Shinkai’s Weathering With You. Shinkai’s follow-up to his 2016 mega-hit Your Name has grossed $118m and counting in Japan. Rounding out the list is 2018 release Okko’s Inn, directed by Kitaro Kosaka.

Ryusuke Hikawa, TIFF’s Animation Focus programming adviser, attributes the recent flood of original anime films to the success of Your Name. “Until then, the only anime films to break 10bn [$92m] at the box office were those made by Studio Ghibli,” says Hikawa, referring to the animation house co-founded by Oscar-winning director Hayao Miyazaki. “But Your Name took a chance with an original film that reflected Shinkai’s personal sensibilities, and it pulled in customers.” 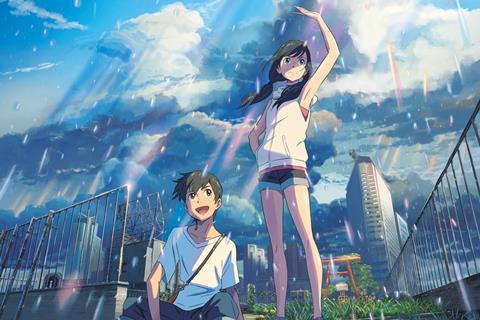 Source: ‘Weathering With You’ Film Partners

Kazuki Nakashima, the screenwriter of Promare, says the 2013 retirement of Miyazaki was another factor: “When Miyazaki retired, everyone wanted to be the one to fill that gap.” Miyazaki has since rescinded his retirement — he is currently working on a new feature — but the success of the five films screening at TIFF proves the director is no longer the only mover in town.

While those five titles will give festival-goers the latest and greatest in anime, the three classics on offer will guide them through an entertaining history lesson, starting with The White Snake Enchantress (1958), which was Japan’s first feature-length film animated fully in colour. Toei Animation recently gave the film a 4K restoration that debuted in this year’s Cannes Classics.

The history lesson continues with Aim For The Best (1979), a film about tennis stars by the celebrated director Osamu Dezaki. Hikawa explains that while The White Snake Enchantress followed a style set by Disney, Aim For The Best displays a uniquely Japanese take on animation, using low-cost yet effective techniques that came to define the medium. “The true essence of Japanese animation is packed into the film. I think audiences from abroad will really get a shock when they see it,” says Hikawa.

The final masterpiece on offer is the one perhaps best known outside of Japan: Akira, Katsuhiro Otomo’s 1988 cyberpunk classic set in the far-flung year of 2019. Hikawa says the film — set in the dystopian mega­lopolis of Neo-Tokyo — was prescient about modern society. “It was made in the age before the internet, but it depicts the unstoppable power of the fusion of man and machine. You can read it as a metaphor of the problems caused by things like smartphone addiction and social media flaming,” Hikawa notes.

In addition to anime, the section will take a look at Eiji Tsuburaya, the pioneer of Japanese VFX who is best known internationally for his work on the original 1954 Godzilla feature.

Tsuburaya later founded his own studio, where he created the monster-centric, live-action Ultra Q. Four episodes of that series will be shown at the festival, for the first time in 4K.

“When we were kids, we didn’t separate anime and live-action series like Ultra Q in our minds,” says Nakashima. “Sitting in front of the TV, both gave us the same thrills and excitement.”