"Maybe we are just mean": Gastón Duprat and Mariano Cohn on the humour in their Venice title 'My Masterpiece'

Duprat and Cohn’s return to the Lido bears the hallmarks of their previous titles. But where does their comedy come from? 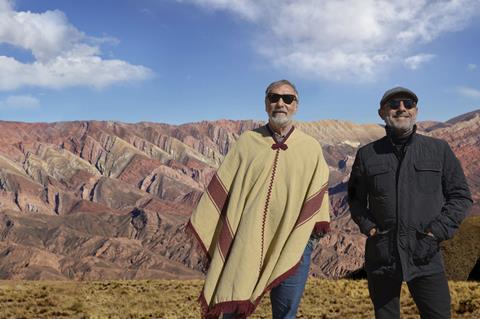 Argentinians Gastón Duprat (director) and Mariano Cohn (producer) are back on the Lido di Venezia with My Masterpiece (Mi Obra Maestra), which has its world première out of Competition on Thursday August 30 at the Sala Giardino.

It’s another satirical take on the arts world; the black humour with which they depict the modern art scene in My Masterpiece follows their takedown of the literature circuit in their previous work.

2016’s The Distinguished Citizen premiered in Competition in Venice, with Oscar Martinez winning the best actor Volpi Cup for his role as a Nobel Laureate writer who returns to his hometown pictured with such disdain in his books.

What changes in My Masterpiece, a dark comedy which gravitates towards a veteran painter who is tired of being considered decadent by critics, is that Duprat and Cohn no longer co-direct. Duprat directed My Masterpiece alone, while Cohn was lead producer. The roles will be reversed in the next films made at their Buenos Aires-based production company, Televisión Abierta.

“With the triumph of The Distinguished Citizen, we had the chance to film faster thanks to other producers who approached us to work together,” says Duprat. The sharp comedy was a hit in Argentina, selling more than 650,000 tickets during its 21 weeks in cinemas. It ended up being selected as the country’s entry for the best foreign language film academy award, as well as winning the Goya for best Iberoamerican film and the Platino (an Iberoamerican cinema ceremony) award for best film, among other prizes.

The duo decided to take advantage of the extra visibility to make two films at the same time. Besides My Masterpiece produced by Televisión Abierta, Arco Libre (Argentina) and Mediapro (Spain), their company is also making 4x4, a thriller about a middle-class doctor who sets a trap to give a lesson to a car thief. “Each of us directed one film, with all necessary concentration, while the other one facilitated the work as a producer,” says Cohn, who helmed 4x4, which is currently in postproduction at their company.

While 4x4 is a thriller designed to criticize the lack of security in Argentina, My Masterpiece is closer to what you might expect from the pair after the acclaim of The Distinguished Citizen. The theme is in perfect tune not only with the previous film, but also with Duprat and Cohn earlier collaborations, which also deal in artistic experiences. 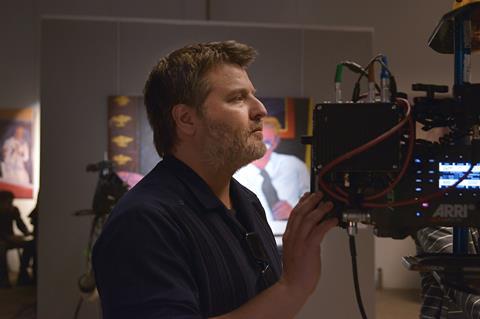 The protagonist of The Artist (2008) is a male nurse who steals the drawings of a patient at a geriatric clinic, selling them as his own and becoming the trendiest artist in Latin America. In The Man Next Door (2009), they portrayed a conflict between neighbors who live in The Curutchet House, the only project in South America by the architect Le Corbusier. Among the pair’s future plans is a remake of this film. It will most likely be a Portugese-language Brazilian co-production, with one of the neighbours of this UNESCO World Heritage residential building as a woman. The script is already written.

“We feel very familiar in the universe of the arts in general,” says Duprat. He took advantage of the insider’s knowledge of his brother, Andrés Duprat, who is the director of the Buenos Aires’ Museo Nacional de Bellas Artes, in helping him to write the script of My Masterpiece. “As the visual arts are far from the popular taste, it is the art form which provides the most surreal circumstances. Almost no one dares to comment on them, for fear of talking nonsense,” adds the filmmaker.

The plot is constructed around the friendship between the painter Renzo Nervi (Luis Brandoni) and his art dealer Arturo Silva (Guillermo Francella, who played the lead in Pablo Trapero’s The Clan). While the dealer is willing to play the game as long as he makes money, the artist rebels against the new demands of the snobby contemporary art world, where he is seen as obsolete. The constant fights only stop when the seller comes up with an unscrupulous plan to benefit both.

Much of what comes out of the characters’ mouths is provocations, such as calling the artists “incapacitated beings, who serve no purpose at all.” In one scene, the painter tells his pupil: “If you can do anything else in life, you are not fit to be an artist.”

Where does this irony come from, a common trait in the works of Duprat and Cohn? “Nothing we have done so far has been designed to ridicule anyone or anything. But that is what we always end up doing,” says Duprat. He and Cohn have been friends and partners since the 1990s, precisely because they “share the same worldview”. “Maybe we are just mean,” jokes Duprat.