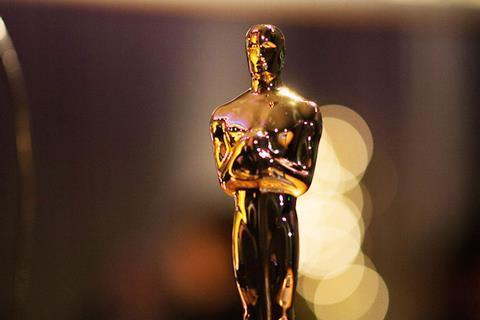 The Academy produced a fairly conservative list of nominees on Monday, and by ’conservative’, that means white and male in the general categories, with the odd sprinkling of well-liked talent from other quarters.

Nine films compete for the best picture Oscar and all the heavyweights are there, although there is no love for A24’s The Farewell after a season strewn with recognition. Of all the films that have impressed this season, many were established as frontrunners early on and there is one brilliant late arrival this year.

In the past that distinction has gone to Clint Eastwood, who tends to reveal his films at the 11th hour. However just as Warner Bros’ Richard Jewell became mired in controversy and fell flat (Kathy Bates earned its sole nod in the best supporting actress category), so DreamWorks/Universal/Amblin Partners’ 1917 has enthralled voters.

The First World War drama was a significant winner of best drama and director for Sam Mendes at the recent Golden Globes, which occurred during the Academy’s nominations ballot and was the first major public awards endorsement of the film. That will have been noticed by Academy voters, and although they would baulk at the suggestion that the Globes holds any sway over their choices, 1917 emerged on Monday as the pack leader on 11 nominations.

Mendes takes his place among the best directing nominees – the exact same list as that selected by the Hollywood Foreign Press Association before they awarded the Globes. No female director has made it on to the list. But Bong Joon Ho, the South Korean director of Neon’s Parasite, has. And Bong is arguably the success story of this awards season so far.

There is plenty of Sony muscle behind the campaign for Gerwig’s Little Women which otherwise earned six nods including best picture and one for Gerwig’s adapted screenplay (her partner Noah Baumbach is in the running for original screening for Marriage Story). Yet Wang’s widely admired The Farewell did not earn a single nod.

That the Chinese-American family drama has remained in the conversation for so long after it premiered in Sundance is an achievement in itself, and its awards hopes now rest on the Film Independent Spirit Awards on February 8, where it is in contention for best film and best supporting actress.

Parasite, anointed best foreign language film at the Globes and the winner of many awards throughout the season, earned six nods including best picture. It is the clear frontrunner in the international feature film category (a first nomination in the category for South Korea), although this is traditionally a tricky race that can produce unexpected winners. The other four European nominees are all strong.

It is not inconceivable Parasite could walk off with the big one after earning South Korea’s first ever best picture nod, and while that would be a surprise and would send a strong message of global awareness, the influx of international voting members might not be so significant as to wield that kind of power yet. The Academy tends to reward “classic” storytelling or the storytelling of storied filmmakers, and the odds would appear to be in favour of 1917, Once Upon A Time… In Hollywood or The Irishman.

Netflix earned the most nominations on the day – 24 – and the streaming giant has poured tens of millions of dollars into its campaigns, hosting screenings and creating lavish promotional materials for its two major contenders, The Irishman and Marriage Story. It desperately wants to win the best picture Oscar and put up a great fight last year, when Roma walked off with three, but not the big one.

It is worth bearing in mind that Netflix dominated the Golden Globes nominations and walked away with hardly anything, so the campaigning that occurs between now and the Academy’s final ballot window of January 30-February 4 will be fierce.

Sony Classics’ Pain And Glory star Antonio Banderas flies the flag for Spain with the first Oscar nod of his career in the best lead actor stakes, where insiders say Joaquin Phoenix must rank as the lead contender for Joker. The same observers opine that Renée Zellweger is the one to beat in the lead female contest for Pathe / BBC Films’ Judy (distributed in the US by Roadside Attractions and LD Entertainment) while the supporting acting categories are too tight to call.

Disney’s Frozen II was perhaps the biggest surprise omission of the day in the animation race, where Pixar’s Toy Story 4, Netflix’s I Lost My Body, and Globe winner Missing Link from Laika are the heavyweights. The documentary category is a strong one. In the absence of CNN Films / Neon’s Apollo 11, Netflix’s American Factory is possibly the frontrunner, although the other contenders will take hope from knowing that, as with international feature, this is a category that has been known to surprise.