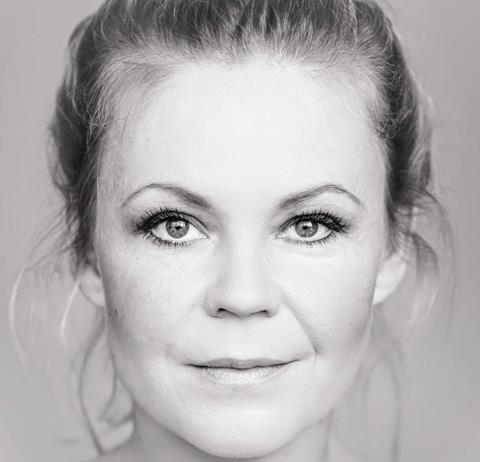 Adapted from the novel Grand Mal by Audur Jonsdóttir, the story centres on a single mother, played by Anita Briem, who loses her memory following an epileptic seizure and begins to uncover painful memories of childhood trauma.

Reykjavik-based Hrafnsdóttir is best known for her theatre and film roles, with recent credits including Margrete-Queen of the North, Valhalla Murders and The Minister, but she has also directed shorts including Munda and Helga

Hrafnsdóttir is also at Tallinn’s TV Beats Forum pitching TV series Home is Where The Heart Is, which she co-writes with Ottó Geir Borg.

What struck you about the novel and why did you think it might make a good film?
I had this clear vision of what I wanted to do with the story. I saw the potential because this character has this inward investigation. The challenge for me in adapting the novel was to being able to let the audience go inside the main character’s head to be able to understand what she’s going through.

Anita [Birem, who plays Saga] is in every scene. We let the audience go through what she is exploring, keeping the audience on their toes. The audience themselves are asking what is real and what is not, and sometimes things are like that in real life.

You’ve made shorts and worked in theatre, so why was this story right for your debut feature?
What Saga goes through is a journey from denial to acceptance and I relate to that myself. There are times when I had to face things in my upbringing and my life that I had to work out. The first thing was to accept it and find my way to live with it. That’s similar to what Saga goes through. I believe that many audiences can relate to this story about accepting the facts about your life and determining how you want to live.

You’re also an experienced actress. Were you tempted to play Saga yourself?
Saga is in every scene so that would have been a lot of pressure, not just for me but for the whole crew. I didn’t plan to but eventually I took the role of the sister, because of a schedule issue for the actress I originally cast. But that’s not a big role. Anita really is great, and it was a privilege to work with her. She’s a huge talent.

What was the trickiest thing about adapting the book?
To go into her head. In the novel, you have all these detailed descriptions of what she’s thinking and what is what she’s going through so I wanted to use visual metaphors. For me as a director, I really like to demonstrate things with pictures and visuals instead of just saying it out loud.

You’ve worked with many other directors as an actor. What is your own approach to directing?
I really wanted to let everyone feel that this is our project. This is our story. And it’s also important to me that the people who are working on the film also feel the connection to the story and to let everyone feel at ease and trust what we’re doing.

What were the biggest challenges of the production?
We wanted to have the right people on board, so creating the shooting schedule was important. We only had Icelandic funding. We could have waited longer and tried to get co-production funding, but we wanted to go ahead and make the film. We weren’t shooting a period film, we didn’t have horses or sheep, we didn’t need helicopter shots. We just tried to work wisely with our budget and make it in a way that doesn’t feel low budget. The most important thing for us was working with good people and treating them well…we had very good catering [laughs].

Would you like to work internationally?
I see the world as open. I love to be in the position of making my first feature here in Iceland. It’s a small country and industry so it’s quite easy to reach out to people. We can make things happen here. But I would also really like to make some pictures abroad. It’s so much more international in film than theatre – the whole world is open. With a role in Margrete-Queen of the North, I met a lot of Nordic stars and producers.

You are pitching your first TV series at Black Nights – Home Is Where The Heart Is. What is that about?
It’s a family story about this common situation where people need to take joint decisions. I have heard so many stories of when siblings are inheriting something or taking over the family business, and these old wounds and secrets come out. In this story, three siblings have to take over the family’s successful whale watching company and also inherit a beautiful summerhouse together. Then the true character of the siblings and their relationship with their parents comes up. I also think it’s a universal story about the planet – how do we share or divide something between us and live happily?