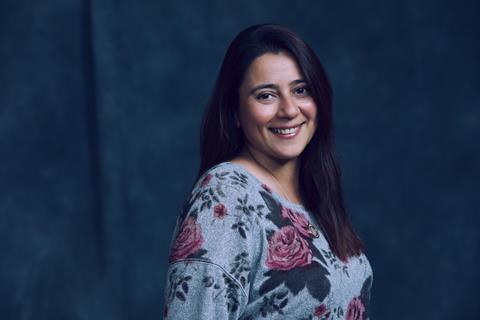 While Netflix’s local-language content strategy appears to rely heavily on series in many international territories – perhaps not surprising given their more binge-worthy and addictive nature – India is one territory at least where films are given equal billing.

In contrast to Amazon Prime Video and its Indian rivals, which have so far focused on producing local-language series in India rather than movies, Netflix has already announced 27 original films and released 13, most recently anthology film Ghost Stories.

Srishti Behl Arya, Netflix’s director of international original film, India, explains the emphasis on film is due to the unique viewing habits of audiences in India, where 70% of Netflix subscribers watch a film every week.

“Films have been the primary form of entertainment in India for decades,” says Behl Arya, a Mumbai-based producer who joined Netflix in 2018. “We see that on our service as well – as a percentage of overall time spent on Netflix, film viewing in India is higher than in any of our other territories worldwide.”

She adds that Indian viewers are also happy to watch films on their mobile phones, crucial for a territory where most online video access happens through smartphones, rather than tablets or connected TVs. It was due to these viewing habits that Netflix first launched its ‘download to watch offline’ feature in India in 2016, which was later rolled out to the rest of the world.

India has been earmarked as a key territory by Netflix, due to its 478 million smartphone users and fast-improving internet connectivity, but is also brutally competitive with Amazon, Disney-owned Hotstar and a host of local streamers battling for market share. All are investing heavily in original content, and true to form, Netflix is investing more than most – when Netflix CEO Reed Hastings visited India late last year, he said the company is spending $420m (Rs30bn) on Indian content in 2019 and 2020.

Along with the higher spend, Netflix’s Indian content strategy appears to have evolved since its launch in the territory in January 2016. Initially regarded as a premium platform in India, due to its relatively higher pricing, the company is now casting its net wider with a mix of niche and more mainstream content and a cheaper mobile-only tier at $2.80 (Rs199) a month. And in India, appealing to a wider audience in the film space usually means working with stars. Luckily for Netflix, some of the country’s biggest actors, directors and producers are enjoying the opportunity to develop content that wouldn’t pass muster in risk-averse mainstream Bollywood films.

“Stars enjoy telling stories, and if you have any story to tell, or format you need to tell it in, you can do that on Netflix,” says Behl Arya. “When they realise that the kind of reach they get on Netflix – the exposure you get going day-and-date in 190 countries – that’s a big draw for them.”

Among the big names who have been lured to the streaming world, Shah Rukh Khan’s Red Chilies Entertainment has produced a series, spy thriller Bard Of Blood, for Netflix and is now working on a film, Class Of ‘83, about a policeman turned trainer. Netflix also has a long-term deal with leading producer-director Karan Johar’s Dharmatic Entertainment, which is producing a film entitled Guilty, directed by Ruchi Narain, about a small-town girl who accuses the college heartthrob of rape.

All these films will premiere online, and while Behl Arya admits the issue of theatrical release “will always come up” with Indian filmmakers, she also observes that, despite a huge output of feature films, India remains a massively under-screened country: “We don’t really have enough cinemas to cover everybody who wants to watch movies in this country, and at the end of the day, creators just want their stories to be seen.”

She also points out that the company is not working with big names to the exclusion of developing a new pipeline of talent. While it would be tempting to just draw from the same limited pool as Bollywood, the film slate also includes a large number of newcomers, including first-time female directors such as Terrie Samundra (Kaali Khuhi) and Anvita Dutt (Bulbul).

Indeed, almost half the slate has either a female director or producer attached, which Behl Arya says wasn’t by design, but because it seems easier for female creators to approach streamers than the traditionally male-dominated world of mainstream Indian film. “As we deepen our investment in stories and storytellers from India, we are determined to bring to life more smart, vibrant and fully-realised female characters,” Behl Arya says.

Meanwhile, Netflix is continuing to acquire Indian films, as well as produce them, and it’s through the acquisitions that the linguistic breadth of Indian cinema can be seen. Viewers around the world can watch award-winning films in India’s regional languages such as Hamid (Urdu), Sudani From Nigeria (Malayalam) and Rima Das’ Bulbul Can Sing (Assamese). Netflix has also stepped into regional-language production with two Marathi titles – 15th August and Firebrand.

The next step for the original films slate is to live up to the promise of global recognition. This has already happened for some of Netflix’s Indian series, including Sacred Games and Delhi Crime, and animation Mighty Little Bheem, which has been viewed by 27 million households outside of India. Now the films are starting to travel. “Some of the films pop in places that surprise us – we’ve found a lot of love in Latin American countries for Love Per Square Foot, Chopsticks and Drive,” says Behl Arya.

Among upcoming titles, she expects Yeh Ballet to have international appeal. “We hope it will find resonance in lots of places, not just India, but we are proud of where we come from and want to speak to our audience. Our aspiration is to bring the film to our members in India and around the world.”