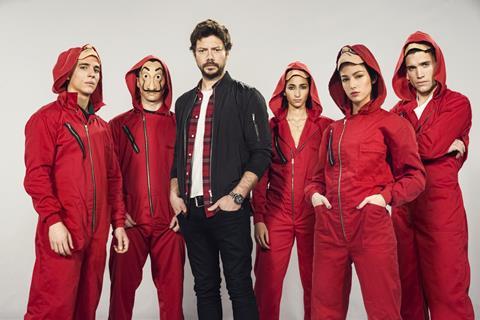 Local language films and TV shows lead the list of most popular content viewed on Netflix in eight countries outside the US in 2019.

The streaming platform released the information on Monday (December 30), based on the number of accounts that watched at least two minutes of a film or TV show in its first 28 days of release on the platform. While the number of accounts is not revealed, it does illustrate how local audiences continue to respond to Netflix’s aggressive local language production strategy.

Sacred Games 2 topped the list in India, The Naked Director in Japan, Quicksand in Sweden, Kingdom in South Korea, Money Heist S3 in Spain, Undercover in the Netherlands, The Stranded in Thailand, and Home For Christmas in Norway. The top release in the UK was US documentary The Disappearance Of Madeleine McCann.

Netflix projected viewership over 28 days where shows like The Witcher, which debuted on December 20, have existed on the platform for less time. On Monday research group Parrot Analytics reported separately that, based on its proprietary metrics, the fantasy action show starring Henry Cavill was the most in-demand show around the world from December 22-28, outstripping average demand for shows by a factor of 37.12, compared to The Mandalorian (a factor of 32.7) and Game Of Thrones (26.17).

Martin Scorsese’s Oscar contender The Irishman ranks fifth in the US, UK and Spain, third in Canada and Italy, sixth in Australia and Argentina, ninth in Mexico, and tenth in Germany.