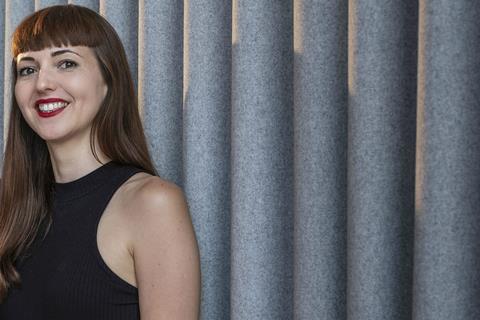 Wales-born Prano Bailey-Bond, currently developing her first feature Censor, believes now is a great time for women working in genre cinema. “Jennifer Kent with The Babadook has really opened doors,” she says. “We have all these really exciting female genre stories coming through and I think that’s been a massive wake-up call for the industry. It’s a really positive space to be working in.”

Censor is about a film censor’s reaction to a 1980s video nasty. Backed by the BFI, Ffilm Cymru Wales and Creative England, it is produced by Silver Salt Films. The project was chosen for the BFI Network Weekender 2017, and shortlisted for the Sundance Writers Lab. Bailey-Bond is developing the script with a view to shooting in early 2019.

After attending the London College of Printing (now the London College of Communication), Bailey-Bond started out in post-production, eventually working as an editor and music-video director whilst making short films: 2015’s Nasty screened at more than 100 festivals and made the longlist for the BIFA best British short award in 2016.

Other shorts include human-trafficking drama The Trip, which won the best director prize at Underwire Festival; the experimental Man vs Sand, commissioned by Milan’s Festival of Letters with the London Short Film Festival; and an episode of Film4’s Fright Bites series.

Bailey-Bond says moving into features felt like a “natural transition”, in part because of the contacts she gained at initiatives such as BFI NETWORK@LFF and Berlinale Talent Campus. She also took confidence from presenting Censor in this year’s Frontieres Platform, which culminated in pitching to executives during Cannes. “It was nerve-wracking,” she says, “but it was fun and went down well.”

Alongside Censor, Bailey-Bond is developing Womb, a body-horror feature backed by Ffilm Cymru Wales’ Cinematic scheme and also produced by Silver Salt. “I’m really interested in working in the genre space but also in darker drama,” she adds. “I’ll probably always do stuff that’s a bit dark and a bit strange.”