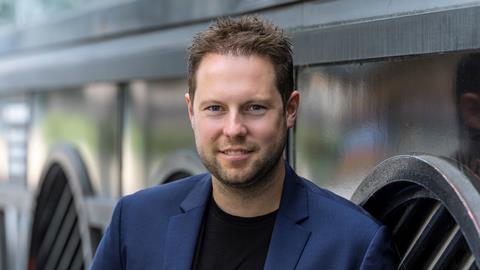 Graduating from London Film School in 2013, Colum Eastwood immediately landed an agent thanks to his sci-fi spec script Specimen 43, which was optioned by Diarmuid McKeown (now at Blueprint Pictures).

But the filmmaker’s instinct for commercial and genre-flavoured storytelling has made his projects relatively expensive to launch into market. A case in point is the feature version of his 2013 horror-tinged short The Morrigan: the producers never felt confident they could raise the required production budget with Eastwood as a first-time director.

Their pitch to financiers should become easier now Eastwood is putting the finishing touches to his feature debut Black Medicine, a thriller about a doctor (Antonia Campbell-Hughes) with dubious medical ethics who balks at her latest assignment for her criminal employer (Orla Brady). The Northern Ireland Screen-backed project is part of the same first-feature scheme that has already yielded the likes of Shelly Love’s A Bump Along The Way (2019).

Growing up in Lisburn, near Belfast with his younger brother (now an actor, Desmond Eastwood plays male protagonist Connell’s Dublin flatmate Niall in Normal People), the two boys binged on DVD rentals ranging from action schlock to Oscar winners. The elder brother kept quiet about his own creative ambitions: “I started writing quite young, but I never told anybody what I was doing because I was always embarrassed. It seemed a stupid pipe dream.”

Eastwood took encouragement from his selection for the BFI Network x Bafta Crew scheme, which included mentoring by The Ghoul director Gareth Tunley, and also his win of a John Brabourne talent award from the Film and TV Charity, which paid bills while he continued to write Black Medicine.

For inspiration, Eastwood looks to Christopher Nolan, Denis Villeneuve and Jordan Peele — filmmakers who combine a distinctive vision with commercial ambition. He agrees his projects “all have a fairly hooky premise” but also — especially in the case of Black Medicine — “a bit of a social statement”.

Summing up his ethos, Eastwood says: “That for me is the ultimate filmmaking skill, when you can just tell a story that dissects or says something about the world, but in an entertaining format that’s not preachy.”