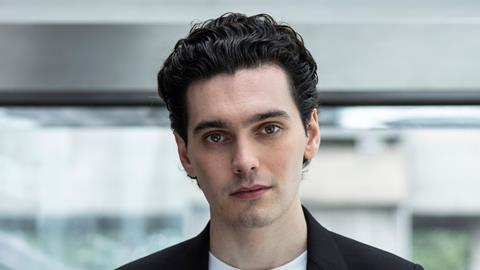 A teenage boxer until a back injury saw him redirect his energies into acting, London-born Jack Rowan was able to showcase his pugilistic skills in a flashy, five-episode arc for the BBC’s Peaky Blinders as boxer Bonnie Gold (series four and five).

Fans were disappointed to see him go, but a lead role in this year’s BBC six-parter Noughts + Crosses proved impossible to resist. Set in an alternative present where the UK has been colonised by Africa, Noughts + Crosses stars Rowan as a member of the white underclass who must present a different face to the world when he lands a place in the historically black military academy.

But the 23-year-old actor, who started out with the National Youth Theatre at the age of 17, has been making waves for a while. Channel 4 miniseries Born To Kill, which aired in April 2017, earned Rowan plenty of acclaim for his performance as a charismatic schoolboy whose like­able shell masks a damaged soul capable of shocking acts. Almost a year after transmission, the actor woke up to a deluge of Twitter notifications: he had landed a Bafta nomination in the leading actor category. “It was absolutely mental,” says Rowan, recalling the swirl of emotions as he processed the information. “It was a moment I will cherish forever.”

After the success of Noughts + Crosses, Rowan’s next TV gig will be voicing lead character Moomin­troll in the Moominvalley animated series, taking over the role from Taron Egerton. Over on the big screen, meanwhile, he played a pretentious actor opposite Colin Morgan in Simon Amstell’s indie comedy Benjamin (2018). Vampire comedy Boys From County Hell, which prior to the Covid-19 pandemic was set to premiere at Tribeca Film Festival in April, provides another opportunity for Rowan to show a different flavour — and also an accent learned from his Northern Ireland-born father.