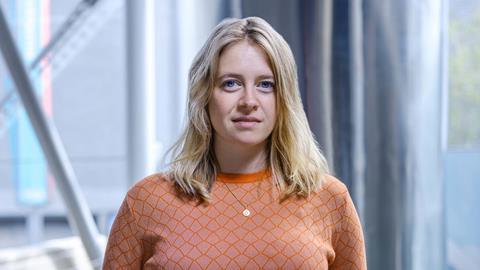 Genevieve Barr made an immediate impact with her debut screen role: playing a deaf 18-year-old girl who witnesses the murder of a police officer in 2010 BBC miniseries The Silence. Further roles on stage and screen followed for Barr, who is herself deaf, notably in Channel 4’s 2019 miniseries The Accident, scripted by Jack Thorne.

But missed opportunities encouraged her transition to screenwriter. “I felt there were stories being lost,” Barr says. “We talk about disability being vastly underrepresented on screen, and over the past 10 years there have been genuine efforts but not nearly enough. I didn’t understand why others didn’t see the potential of this space.”

Barr’s first writing commission was an episode of TV series CripTales for BBC America. After that, Thorne, who she got to know when she acted in his stage play The Solid Life Of Sugar Water, invited her to co-write upcoming single drama Independence Day, about the passing of the 1995 Disability Discrimination Act.

“It’s a punk political drama,” she explains. “It’s saturated in the spirit of protest and has a message about disabled people and how we want to be treated. I feel very privileged to hang out near Jack Thorne’s very tall shadow and he inspires me to work hard and write better every day.”

The prolific Barr is also in the writers’ room for BBC series Ralph And Katie, a spinoff of Peter Bow­ker’s The A Word; and she has series in development with Channel 4/Eleven, BBC/The Forge and ITV/Red Planet. The latter, a four-part legal drama titled Curio, is the result of winning the Red Planet Prize writing competition. She is also co-writing another project with Thorne for an undisclosed US company.

Describing her own taste, she namechecks Bowker’s Marvellous (“a joy”) and Russell T Davies’ It’s A Sin (“brave and wrought”). “I admire writers who mix emotional truth and social integrity. When there’s an important message at the heart of [the work but it] doesn’t feel moralistic or like we’re being lectured.”