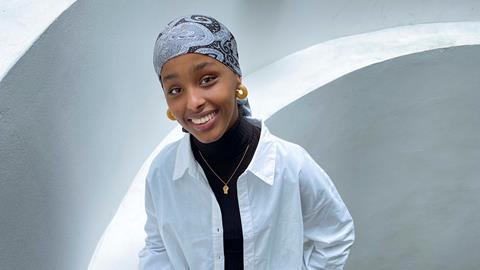 Things have moved quickly for Kosar Ali since she was spotted in 2017 by casting director Lucy Pardee performing at her east London school drama class. Two Bifa wins and a Bafta nomination this year for her part in Sarah Gavron’s popular feature Rocks have been followed by a shoot in the Czech Republic this summer for a high-profile role in Starz’s Dangerous Liaisons, created by Harriet Warner and co-starring Alice Englert.

Looking back to that day in 2017, Pardee says: “My radar just went ‘ping’. I knew she had a watchable, fizzy, brilliant quality that would translate to screen.”

The highly specific and supportive nature of the Rocks project, which utilised many untrained teenage actors, will not likely be repeated in Ali’s professional life. The role emerged from workshops and was crafted to suit her.

Ali, who followed Rocks with 18-minute short PRU for the BBC (about a group of teens navigating a pupil referral unit), was “excited but nervous” to join the Dangerous Liaisons shoot, describing her character Victoire as “a strong, cynical, wise and vulnerable girl”.

“In this very aristocratic, seductive world that’s built on status, she makes a place for herself and navigates through it all,” adds Ali. Despite being disappointed by her first audition — “I thought I’d fumbled it” — she won the part after a callback and a chemistry read with Englert.

Working on both Rocks and Dangerous Liaisons, 17-year-old Ali — who returns to school after the eight-episode Starz shoot — says she has learned “to just go for it”, and banish anxiety while “giving 10,000% in each take”.

After the hot blast of recognition for Rocks, she is now ready to face new professional challenges as an actor. “Performing is a way of expressing different personalities that make you up as a person,” she says. “Each character we play is someone who could be a part of us, but we just tune it up.”