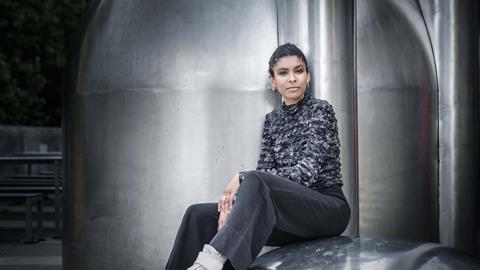 Thalissa Teixeira chooses work that breaks down stereotypes, whether it is the diverse casting and feminist gaze of Channel 5’s Anne Boleyn or showing a non-salacious portrayal of a poly­amorous relationship in the BBC and House Productions’ Trigonometry.

Born in Bradford and raised in Brazil before moving to Buckinghamshire later in her youth, Teixeira thinks her love of acting was born in South America. “There is such a strong culture of performance, it feels like a big family celebration for every holiday,” she muses. “I was brought up in a space where showing your soul through dance or performance is on the surface.”

After studying at the Royal Welsh College of Music & Drama, Teixeira got her start in theatre, including in Simon Stone’s groundbreaking Yerma at the Young Vic. She also is part of the Embers Collective, which performs at festivals and pubs: “I love that community and intimate performance.”

Roles in Too Close, Trigonometry, Anne Boleyn and the forthcoming Ragdoll have propelled her screen career. Ragdoll, a crime series adapted by Freddy Syborn for AMC and Alibi and produced by Sid Gentle Films (Killing Eve), felt like an important story to tell, especially in 2021. “I feel extremely lucky to have played a Black police officer after the year we’ve had,” she says. “It’s a show about serial killers and psychosis but Freddy also did a lot of interviews about the daily grind of institutional racism for this character. I’m grateful for that authenticity.

“I’ve been able to [choose] roles that I think will only portray the right angle of a Black experience. It’s important to tell a story properly and show a character in-depth rather than a whitewashed version.”

Teixeira wrote and directed the short We Met Before “just for fun”, with some dancers she knew from the National Theatre. “It feels like dipping a little toe into a huge, tempestuous sea,” she says of directing, adding that she has a “few ideas” for what could come next. She would also love to dip those toes into the Brazilian film world. “It’s a different realm,” she says. “My heart flutters just thinking about working there.”