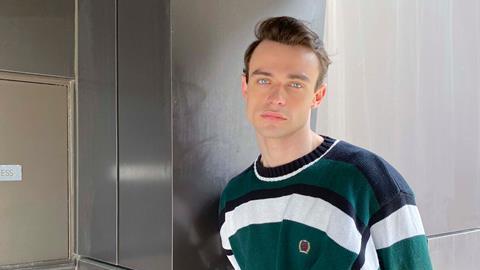 As a child, Thomas Doherty was so hyperactive his mother sent him to an after-school acting class “to give her an hour’s rest”. When he was 12, the Edinburgh youngster saw Leonardo DiCaprio in Titanic and thought, “I could do that.” He continued to act and take dance lessons, but kept both secret from his friends. “I was a football guy so had this facade, which was an acting class in itself,” says Doherty. “If they knew I was pirouetting and tap-dancing, they’d have had a field day.”

Six months after graduating in 2015 from Edinburgh’s MGA Academy of Performing Arts, Doherty landed his first starring role in Disney series The Lodge — “I had never stepped on a set, so it was an amazing learning experience” — before crossing the Atlantic to play Harry Hook, son of the infamous Captain, in the network’s Descendants 2 (2019). Given Doherty’s natural good looks, he soon found himself pigeonholed, but says, “I always feel like I’m a character actor. That’s when I come alive.”

After his Disney “apprenticeship”, Doherty bedded Helen Mirren’s Russian empress in HBO series Catherine The Great (2019), before moving to New York to play a musician in Hulu’s High Fidelity (2020), which he credits with “definitely loosening me up as an actor”. Moreover, he fell in love with the city and now lives in Brooklyn.

Currently starring as pansexual playboy Max Wolfe in HBO Max’s Gossip Girl reboot (a second season was greenlit after the pilot aired), Doherty was wary, at 26, of returning to the teen heartthrob arena for a potentially long spell. But he says the show’s approach to gender identity and sexual preference was “honest and reflective of society”, and signed on.

During Gossip Girl’s autumn hiatus, he is due to shoot psychological thriller Fall Into Darkness in the Dominican Republic with Nell Tiger Free.

Beyond that, Doherty, who has a La La Land tattoo on his arm, would love to appear in a musical, be it on screen, on Broadway or in the West End. “It’s always been a huge dream,” he says. “I much prefer contemporary musicals, and now that a lot are becoming films, that’s the sweet spot for me.”