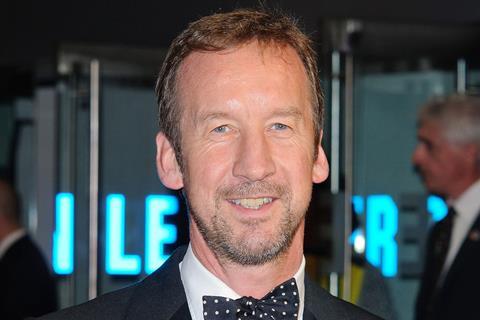 Need to know: Turbine Studios is the new film and TV company set up by industry veterans Andrew Eaton, who co-founded and ran Revolution Films with Michael Winterbottom for many years; Tracey Scoffield, formerly of BBC Films and Rainmark Pictures; David Tanner, who worked with Scoffield at Rainmark; and Justin Thomson, who used to be a lawyer at Film4 before setting up, running and then selling Box TV and Artists Studio.

Incoming: Developed by Scoffield, Steve McQueen’s TV series about growing up in London in the 1970s will shoot next year for the BBC; Chris Addison’s comedy Hallelujah!, starring Ralph Fiennes as Handel, with BBC Films and Altitude Film Entertainment; Sharon Maguire’s The Breakaway, based on the autobiography of Welsh cyclist Nicole Cooke with Ffilm Cymru Wales; and Mat Whitecross’s The Big Issue, about how John Bird made a success story of the socially conscious magazine of the same name, with Lorton Entertainment. “John Bird reminds me a lot of [journalist and Factory Records founder] Tony Wilson,” says Eaton. “He’s a larger-than-life person. You’re not quite sure whether to love him or hate him but you have to admire him.”

Andrew Eaton says: “You have to rise above everything else. You have to be doing something that is going to be bringing the A-list talent. I don’t want to make £2m or £3m films anymore. You can go and play in Toronto with the other 500 films screening there and no-one will really notice. It’s a lot of work to put in and you’re just praying to get a breakout. At least if you start off with a decent-sized budget and Ralph Fiennes, you know you’re going to have a shout.”