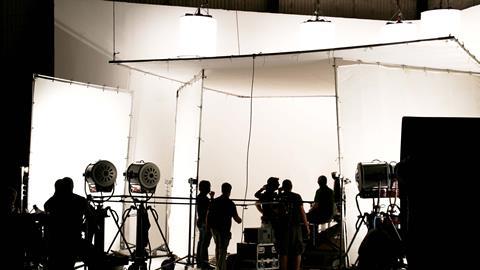 The space race: what next for UK studios and inward investment?

Netflix’s 10-year lease of Shepperton Studios is sending ripples throughout the UK’s inward investment sector. Who will be next in line to secure a permanent UK home and what might that mean for everyone else?

It was well known that Netflix was on the hunt for a UK production base in line with the one it had already established just outside Madrid in Spain. But when the news broke in early July that Ty Warren, VP of worldwide physical production at Netflix, and his team had opted to take a decade-long hold on all 14 stages available at Shepperton Studios, it was an even bolder move than many had expected. The streamer does not intend to rent out stages, as Warner Bros does at its Leavesden site (most recently to HBO’s Avenue 5), and the cameras were already rolling on site on Gina Prince-Bythewood’s The Old Guard, starring Charlize Theron, before the announcement.

“After the US and Canada, the UK is Netflix’s third-biggest production market and we love the amazing creative talent, combined with the heritage and experience within the production community,” Netflix said in a statement. “Shepperton is an important part of Britain’s creative heritage: A Clockwork Orange, Love Actually, Harry Potter. This investment will guarantee Shepperton’s legacy.”

Thanks to the UK’s tax reliefs for film and high-end TV, its world-renowned crews and craftspeople and well-trained, ever-expanding talent pool of actors, directors and writers, the country’s inward investment sector is in fine fettle. According to BFI official statistics, 349 film and high-end TV productions with budgets totalling $3.82bn (£3.16bn) shot in the UK in 2018; in 2017 (the most recent year figures are available), the UK film industry on its own contributed $7.4bn (£6.1bn) to the UK economy. The UK’s screen sector is now officially bigger than the UK pharmaceutical industry.

While the looming challenge of Brexit presents real worries for the independent sector and for European workers at VFX and post production companies, the subsequent weakening of sterling has only made the UK infinitely more attractive to Hollywood.

“Firstly, they’re coming to the UK because of the fantastic film and TV tax reliefs, which are not affected by Brexit. They are primary UK legislation, they’re not affected by the EU. Secondly, it’s about talent. We’ve invested a lot in talent. We need to invest more, but there’s a whole skills strategy, millions of pounds worth of Lottery money, millions of pounds of the levy monies going into screen skills.”

But such incentives have created a space race, and in terms of infrastructure the UK cannot build it fast enough. His role at the BFC affords Wootton access to what the studios are planning and he is adamant there is no panic among them as to where they will go now Netflix has taken up such a big chunk of real estate.

“There is an assumption — whether it’s streamers, broadcasters or studios — that they all want more space in the UK anyway,” he says. “So other studios are looking around to take space themselves, either in existing studios or looking at what the opportunities are for the new studio spaces that are being discussed.”

Much of the activity is taking place outside London and the southeast. Further soundstages will be built at Belfast Harbour studios in Northern Ireland, a studio conversion is under way at an old Littlewoods building in Liverpool, a media park and studio facility is being planned in Yorkshire and Scotland is close to being able to confirm a new studio. (It is understood Amazon’s Lord Of The Rings prequel series seriously considered Scotland as a significant production base before ultimately opting for New Zealand.)

“We want to go to our major clients and say, ‘This is what we have. No more conjecture from Scotland, thank you very much, this is what we have on the table to grow our sector’,” says Brodie Pringle, head of Screen Commission at Creative Scotland of the various studio plans making their way to fruition.

“Of course we want to get large-scale production into Scotland but our strategy is to grow the sector. [The incoming production] has to be delivered in line with a number of different strategies.”

In Birmingham, Steven Knight, writer, director and producer of BBC series Peaky Blinders and films including Locke and Serenity, says he is close to signing the land deal to start construction on Mercian Studios, an ambitious 30-acre complex combining studio space for film, TV and computer-generated production with residential housing.

“I noticed it was incredibly difficult to get studio space but that there wasn’t any production in Birmingham,” Knight explains. “I want [the studio] to be green. We will contribute to the grid, rather than withdraw from it, by burning biomass. We can have bird sanctuaries on the roofs of the studios. There will be no plastic bottles. Every vehicle that’s under the control of the studio will be electric.”

What has made a difference to the UK sector is the arrival of high-end TV production. Potential developers are no longer nervous that it is a cyclical industry with the inevitable ebb and flow of big-budget filmmaking, even with the tax relief. Instead, TV companies are coming in and shooting multiple series that occupy spaces for years rather than months, with crews that are often the size of major features.

“It has changed the investor enthusiasm in the UK,” Wootton points out. “Whether it’s local authorities looking at land that they have and which could be developed, or whether it’s private individuals thinking, ‘Well, I’ve got land, maybe that could work,’ people are becoming increasingly aware there is this pipeline of demand that’s not going anywhere. Because it’s not like Netflix is going to produce fewer shows and, actually, Amazon and Apple are gearing up to make more and more shows.”

HBO for one is presently shooting Joss Whedon’s Victorian sci-fi drama The Nevers in a converted factory in London. “We’ve got this iceberg that’s hidden below the surface of spaces,” says Wootton. “The warehouse spaces, the old industrial spaces, where we are asked, ‘Can you help us with temporary planning submission because we need to get a show in here now?’”

While Brexit does not appear to be troubling deep-pocketed Hollywood, at least for now, it does mean some UK studio owners are pressing the pause button on any expansion plans. “The uncertainty and the fear [of Brexit] has definitely affected morale,” says producer Jane Tranter, who owns Bad Wolf Wales as a private/public partnership between the Welsh government and Bad Wolf, the production company run by Tranter and Julie Gardner. It is a purpose-built facility with 125,000 square feet of stage space and six soundstages. His Dark Materials was almost entirely shot on Bad Wolf stages and the studio is now hosting HBO’s Industry, directed by Lena Dunham.

“It means you don’t look to make any big swing,” Tranter says of the Brexit dampener. “I am not looking to expand and I certainly wouldn’t expand in this climate, until everybody knows where we are and what the effects are.”

The sheer volume of production being made around the world means it is almost inevitable another studio will look for a permanent UK home at an existing facility or get some purchase on one being developed. “Atlanta’s rammed, Vancouver’s rammed,” as Wootton puts it. “Even if it’s a warehouse, [the studios] are thinking, ‘At least it’s our warehouse and let’s have that and sign a five-year lease for it.’”

Disney is the obvious contender to find a permanent UK facility. It has shot five Star Wars features in the UK since buying Lucasfilm, multiple Marvel movies, including The Eternals and, most recently, Black Widow, plus Cinderella, Beauty And The Beast and Mary Poppins Returns, which all shot at Shepperton. It also has Cruella, starring Emma Stone, due to start shooting at Shepperton any time now — one of the last non-Netflix films likely to be filmed there for a while. Disney also now owns 20th Century Fox and will launch its Disney+ streaming service later this year.

“Watch this space,” Wootton says. “They’re all really competitive. The US studios will not be sitting on their hands.” (Disney declined to comment when contacted by Screen International.)

The parallel conversation to the one about the UK space race is about the potential long-term consequences of the inward investment boom on the UK independent production sector, which is increasingly being squeezed for both talent and somewhere to shoot.

“It will always be an uncomfortable marriage,” says UK producer Iain Smith, chairman of the BFC. “My heart has always been with indigenous production. The last thing we want is to be deluged with American content to the detriment of local voices. But I’m not convinced it’s a straightforward [case of] if inward investment wins, indigenous production loses. If I had thought that, I don’t think I would have taken on the job at the BFC. It’s a symbiotic relationship and it’s very important to keep it going.”