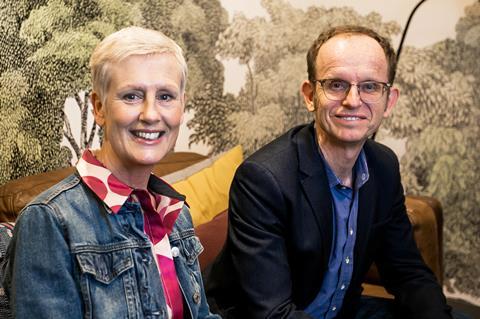 What is your main aim here in Toronto?
AT: “The world, excluding Australia, is available o Dirt Music. That gives us the flexibility to really work on what is best for the movie. Based on a much-loved piece of IP, a love story set in the stunning Western Australian landscape, we’re in a good position and there is huge anticipation for the film. It sits in a good space. It feels like a strong commercial proposition and these kinds of films are quite rare in the market. Or it’s rare they are available.”

What are your buyers looking for?
MG: “For most of them it is name recognition. Names count.”

In which territories do you see the opportunities for growth?
MG: “They change from market to market. The UK has been a difficult market for the last couple of years. But recently there’s been a little more life in it. Then a territory like Australia, which historically has always been really solid, is now not so solid and Australia is under duress. There is finally a breakdown of their ancillary market.”

AT: “The UK was one of the first markets where this started happening. The UK business has had to learn how to adapt to that. There are now a number of smaller companies that are very well run. They are passionate about cinema, are believers in the theatrical space and are great marketeers too.”

MG: “I live in the US and the issue for everyone is, how do you cut through? How do you get people to care about a film they have heard about and go to the cinema? You see it with films like [Roadside Attractions’] The Peanut Butter Falcon that are being very carefully looked after in the old -fashioned way. They are being very strategically placed. They are building them very slowly and you get to hear about them, someone recommends them and they are on long enough for you to see.”

How would you describe your taste?
AT: “It’s about storytelling and storytelling that doesn’t have to be unique but the quality needs to really sing out. Blinded By The Light is one of those films. We came on to it quite late in the day but we both loved it from the moment we read it.”

MG: “We are always looking for that commercial element that can make something break out beyond the size and scale of the film, beyond the casting, beyond the director’s track record. It’s always going to be about the story.”