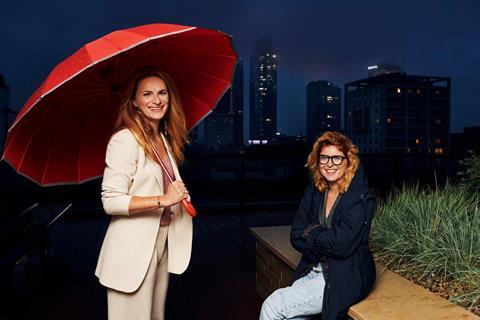 Polish filmmaker Anna Jadowska was keen to explore the richly complex character of a menopausal woman in her fourth feature Woman On The Roof, now in post-production and the winner of the Screen International Best Pitch Award at this year’s Polish Days event.

Woman On The Roof is about a 60-year-old woman and midwife who works at a local hospital, often on the night shift.  During the day, her routine is that of a seemingly “ordinary” housewife with her husband and son. However, one morning she wakes up early, hangs out the laundry, buys food for her tropical fish and decides to rob a bank, armed only with a kitchen knife.

“My screenplay was inspired by real events that happened in Lodz in 2011,” Jadowska explains. “I had read several articles about the original case before working on my script. What caught my eye was the difference between a housewife living a normal, typical life and the woman who decides to rob a bank. I wanted to find out what is between this gap, what is the emotional process between robbing a bank and cooking dinner.”

The Poland-Sweden-France co-produciton is produced by Maria Blicharska of Warsaw-based Donten & Lacroix Films, with Paris-based Blick Productions, and the Polish Film Institute and Canal Plus Poland on board as backers,  The Swedish side of the co-production was triggered by Jadowska’s win of the Stockholm Impact Award at the Stockholm International Film Festival in 2017 with her previous feature film Wild Roses. This enabled Sweden’s Garagefilm to come onboard as a co-producer and bring Swedish broadcaster SVT and the Swedish Film Institute as backers, and  secure TriArt as  the film’s Swedish distributor.

“We had the idea of working on a feature film together and were selected for EAVE.” Blicharska recalls. “The problem was that at the end of the EAVE, I had to put our project on hold for family reasons. I got pregnant and had to change priorities, and one year later, when I could start working again, Anna told me that she was now expecting [a child].” 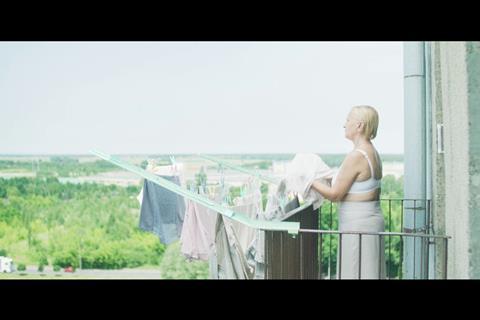 Woman On The Roof

The two kept in touch, talking about possible projects on which they could collaborate until Jadowska’s idea for what would become Woman On The Roof particularly interested the producer. “It was because of its specific approach in having a menopausal woman in the central role,” says Blicharska.

Casting was a lengthy process until they found theatre actress Dorota Pomykala.

“Finding an actress to play the central role of Mira was a huge challenge because we decided not to work with someone who is too well known and comes with the baggage of other roles,” Blicharska explains. “Dorota was a real revelation. I remember Anna called me and screamed ‘That’s the one, I don’t have any doubts’. Choosing the right person was so important because the character of Mira is in every scene.”

The film shot on location in Tomaszów Mazowiecki, around half an hour’s drive from Warsaw in the direction of Lodz, in the summer of 2021.

”The Covid situation meant that we needed to confirm all of the crew’s availability for the shooting dates so much in advance, so we had to take the decision that we would start the shoot with only half of the budget in place,” Blicharska recalls. “We took lots of risks, but everything then started to come into place with Arte France Cinema coming onboard just one day before the shooting.”

“Working on the set was not an issue since Ita and Roman understand Polish,” Jadowska notes. “But their  approach offered a new fascinating perspective to the story, giving it more of a universal dimension.”

The film’s music score is being composed by Katharina Nuttal and Linus Andersson from Sweden, while the editing will be shared between two editors in France and Poland.

”I will prepare a first cut with the Polish editor Piotr Kmiecik who worked with me on the Netflix series Open Your Eyes and then I will go to Paris to work on a second version edited with the French editor Julia Gregory whose credits include Benoit Jacquot’s Diary of a Chambermaid and Andrzej Zulawski’s Cosmos,” says Jadowska.

The pair showed first footage from Woman On The Roof as part of the Works in Progress section of Polish Days. “The meetings we had in Wroclaw were very useful for being able to talk to the main festivals and see their perspective on how the situation is at the moment with the pandemic,” says Blicharska. “It seems important to present the project in advance because, selection-wise, major festivals have many films to choose from.”

She says they are fielding interest from a number of international sales agents and distributors and should be able to close the deals by the end of the year.

Donten & Lacroix Films recently producer Emre Kayis’ Anatolian Leopard that premieried at Toronto earlierr this month, Rafael Lewandowski’s documentary Herbert. Barbarian in the Garden which screened at the Docs Against Gravity International Film Festival, and the company is now preparing for the Polish part of the shoot for Giacomo Abruzzese’s Disco Boy in October.

The Screen International Best Pitch Award was launched at the Polish Days in Wroclaw in 2019 showcase a project presented in the Works in Progress section.