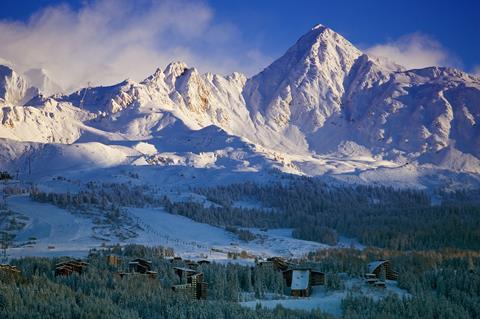 The UK’s Johnny Kevorkian and Sophie Fiennes, Israeli Tom Shoval, Norwegian Iram Haq and Russia’s Angelina Nikonova will be among the filmmakers presenting their upcoming projects at the Les Arcs Co-Production Village this year.

The event, running Dec 13-16 within the Les Arcs European Film Festival (Dec 13-20), will present 25 projects in development and a further 10 Works-in-Progress.

“I thinks it’s a good sign that filmmakers whose projects we presented in development are now coming back to show their films in Work-in-Progress, which is the case for Sparrow and Rams,” said Les Arcs industry head Vanja Kaludjercic.

“Conversely, we’ve got directors who presented in Works-in Progress, such as Hafsteinn Gunnar Sigurðsson, who came with Paris of the North last year, who is back with his new project The Tree. We’re establishing a real network.”

Icelandic director Runar Runarsson’s Sparrow, about an adolescent from Reykjavik who is sent to live in a small town with his father when his mother is posted abroad, is expected to clinch a Berlinale or Cannes slot next year.

His debut feature Volcano played in Directors’ Fortnight at Cannes in 2011 and was Iceland’s submission for the Best Foreign-Language Oscar in 2012.

Those attending include UK director Kevorkian and his producer Ashley Horner of Pinball Films who will be at the village with thriller Hidden Folk, set on a remote Norwegian farm. Petter Olsen of Norwegian producer Kindergarten Media is already attached to the project as is actor Kristofer Hivju (Force Majeure, Game of Thrones).

Israeli director Tom Shoval and producer Sol Bondy will present upcoming Tel Aviv-set Shake Your Cares Away about a wealthy woman who lives a double life: as Dafna, the daughter of one of the richest families in Israel; and Alma, a modest, idealistic woman who works in a soup kitchen.

Norwegian-Pakistani director Iram Haq and producer Maria Ekerhovd of Mer Film will also be hitting the alpine platform with What Will People Say about a young Pakistan girl who is forcibly taken to Pakistan after her family discovers her with a Norwegian boy. Germany’s Rohfilm recently boarded the project.

Kaludjercic added that the selection has been broadened in scope to include commercial fare and genre films.

“We have some animation films such as Zombillenium, for example, which is something that will do well at the French box office,” she said.

“Genre film is on the rise in Europe at the moment and we’d like to help these sorts of projects find partners and sales agents, while continuing to support more art-house style titles too.”

For the first time documentaries will be presented at the village including Fienne’s Grace Jones – The Musical of My Life, capturing private and public worlds of the iconic performer, with personal footage and staged sequences.

French filmmaker Renaud Barret and producer Yves Chanvillard of Paris-based Flickshift will be looking for partners for System K following the quest of celebrity Congolese artist Freddy Tsimba to organise a free arts exhibition in the streets of Kinshasa. Barret’s previous works include Benda Bilili! and Victoire Terminus

Kamila Kubiak and Olivier Patté will unveil their animated documentary Comrade Stalin about a Jewish child deported from Poland to Siberia at the beginning of the Second World War. It is produced by Nicolas Schmerkin’s award winning animation company Autour de Minuit

In other events during the co-production village, Andrew Lowe of Element Pictures will participate in a case study on Yorgos Lanthimos’s first English-language film The Lobster, starring Colin Farrell, Rachel Weisz, Ben Whishaw and Léa Seydoux, alongside its French co-producer and distributor Carole Scotta of Haut et Court.

“The workgroup is designed as a meeting place between major European distributors and EFAD members in order to exchange views on the  “digital single market, piracy and copyright,” according to Kaludjercic.

Alongside the mainstream project and Works-In-Progress sidebar, the village will also host the Low Budget Film Forum, organised in collaboration with the London Film School.

The sidebar, which also complements the Film School Village at Les Arcs, will show first professional features from recent graduates from eight top film schools (see below for list).

The Island of the Dolls, directed by Pascal Sid, produced by Raphael Cohen, Daigoro Films (France)

One Step Behind the Seraphim, directed by Daniel Sandu, produced by Ada Solomon, Parada Films (Romania)

Shake Your Cares Away, directed by Tom Shoval, produced by Sal Bondy One Two Films (Germany)