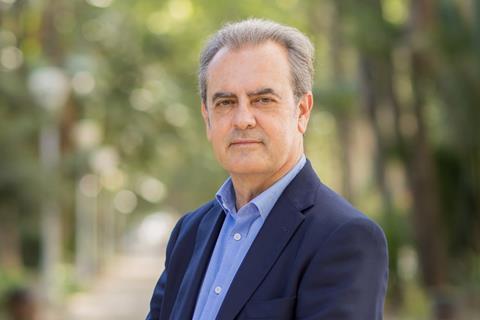 The 25th edition of the Malaga Film Festival (March 18-27) is taking place exactly a month after Carla Simon’s Alcarràs won the Golden Bear at the Berlinale and in the year both Penelope Cruz and Javier Bardem are nominated for Oscars.

“There has always been talent in Spain,” says festival director Juan Antonio Vigar. “Now the international acknowledgement of it seems to have improved. The Spanish Screenings in Málaga, that started in 2017, have that goal in mind.”

The Malaga Film Festival and its industry event, the Spanish Screenings, are showcasing Spanish and Latin American films to the world.

Some 187 films are screening at the festival, 37% of them are directed by women. This represents work in progress for an industry that is catching up in opportunities for women-led projects, fuelled by incentives for parity in public funding.

What defines Malaga as a festival, says Vigar, “is the diversity in terms of formats, production size and styles” and the balance of auteur films in the official competition but also in the more experimental Zonazine section,  and more mainstream productions.

There is also a will to combine new talent, including key names of the new wave of women directors lead by directors like Simón, with more seasoned filmmakers.

“One of the things I like best is when filmmakers that took their first steps in Málaga, come back as established directors,” says Vigar. “Carla Simón won the best film award with Summer 1993 [fresh from her Berlin win as best new film] and has just come back with Alcarràs; Daniel Guzmán who also won best picture for his first feature is now in competition with Monkey Business and I could name many others this year like Juan Miguel del Castillo [with Unfinished Affairs], Jota Linares [Las niñas de cristal] or Beatriz Sanchis [The Gigantes].”

Malaga also provides a meeting point to push the visibility of these productions as well as provide networking opportunities for new projects. Vigar says the event is transforming to take into account the global changes within the industry, particularly the US streaming platforms that have triggered the demand of Spanish-speaking content.

“The exponential growth of content for platforms versus theatrical distribution and the impact of the pandemic have changed the industry,” says Vigar, “The challenge now is to be able to balance the two: making sure there is room for everybody and that windows in the market are sensible.”