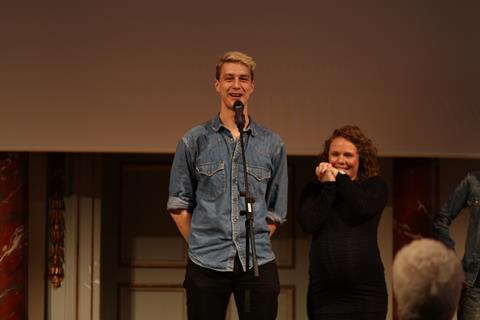 The international jury comprised Alex Ross Perry, Katrine Wiedemann and Gabe Klinger. They said they were “pleased to discover a deeply personal, relevant and contemporary new voice in Danish independent cinema with ‘The Elite’ by Thomas Daneskov, a disturbing and hilarious portrait of privileged youth made in a spirit of collectivity.”

The jury also gave a special mention to Limbo by Anna Sofie Hartmann, “which deployed stunning images through a rigorous and challenging form and which kept us thinking for days.”

The Politiken Audience Award went to Dagur Kari’s Virgin Mountain, the second Icelandic film in a row to claim the honour (after Of Horses And Men). The film is a tender portrait of a 43-year-old man who lives with is mother but wants to break out of his shell when he meets a woman at a dance class.

The runners-up for the audience prize were White God by Kornél Mundruczó and Marshland by Alberto Rodríguez.

The jury said: “The film has sweetness, humor and a statement. A distinct idea carried out with the exact elements needed to convey the exact tone.

“The women’s laughter, the switch to the music that makes it big and cinematic, the change back to the room, the laughter and the naturalism. Exactly enough vaginas to make it a story. Surprising and classic all at once.”

The audience winner for best nature film was Simon Herbst for Skovfogeden.

The festival continues through April 22 and will close with Thomas Vinterberg’s Thomas Hardy adaptation, Far From The Madding Crowd.