Two productions being introduced to buyers at Hong Kong Filmart. 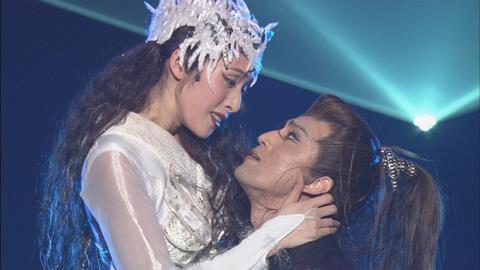 The films are part of Geki Cine’s portfolio which, motivated by fans who complained their star-powered stage plays’ runs were too limited, started shooting the productions two times each with 20 HD cameras, and then doing post-production including sound mixing and special effects at Warner Brothers.

Hiroyuki Hata, director of International Operations at Village Inc. said: “The productions have much more work in them than your average independent film. For instance, top notch sound mixing by BAFTA winner Mike Prestwood Smith, who has worked on films such as Casino Royale and Mission: Impossible

Midare Uguisu as a film is in pre-production with Izumi Inamori, Arata Fukuta and Shunsuke Daito starring.

Village Inc. also has a market screening of Legacy Of Soma-Aonoran at Filmart.