First pics from 'Southside With You'

IM Global and producers State Street Pictures of the Barbershop fame have commenced production on the romantic dramedy inspired by Barack and Michelle Obama’s first date. 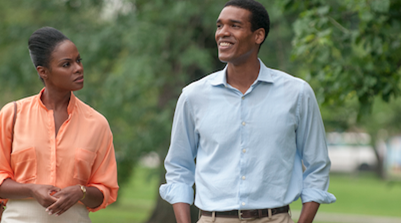 The summer afternoon rendezvous, we are told, took the pair from the Art Institute Of Chicago to a screening of Spike Lee’s Do The Right Thing to the site of their first kiss outside an ice cream parlour.

Richard Tanne makes his directorial debut from his own screenplay.

IM Global introduced the project to international buyers in Cannes in May.