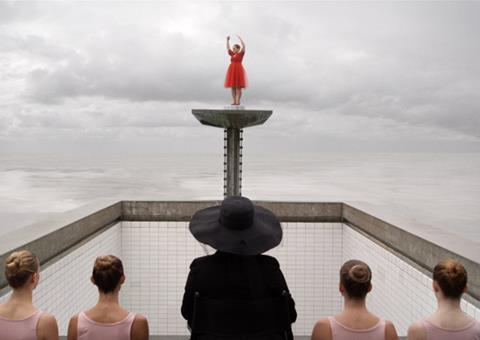 Depression has been described as the plague of the 21st Century. In the documentary Good Girl (Flink Pike), Norwegian director Solveig Melkeraaren bravely puts her own face to this devastating illness, documenting in brutal close-up her mental collapse and repeated electroconvulsive therapy.

Good Girl would like to put an optimistic gloss on its maker’s condition and prospects, but there are clearly no answers – it is Melkeraaen’s honest, stricken, brave face which continues to haunt.

Good Girl is a bare-bones production, a sad and tough viewing experience which will find a niche audience. Melkeraaen, increasingly diminished and raw, tries to exorcise her illness into dramatic inserts, but these, too, come across as fragile and tentative.  Calling Good Girl a “feelgood film about depression” is perhaps optimistic, but Melkeraaen successfully turns the camera on herself to capture the blight of severe depression

While she interviews her family and close friends, going so far as to conduct a vox pop on her depression on the street, Melkeraaen doesn’t come up with easy answers for the sudden onset of her illness. She was the typical “good girl”, she says, high-achieving and eager to please, directing a series of well-received documentaries at a very young age. “Being good isn’t necessarily a bad thing,” she says. “Until it gets the better of you”. The film starts after Melkeraaen’s first series of electroshock treatments, documenting her faltering steps towards recovery with the help of her family and boyfriend Ravn.

She takes on too much, however, and it becomes clear that Melkeraaen can’t cope with her own inner lash; it’s a constant struggle which she frames in dramatic inserts where she tries to vanquish her harsh self-critic. These aren’t quite so effective as the documentary footage, which clearly illustrates the effects of depression on a sufferer’s family, from her cheeky brother Magnus to the stricken Ravn.

Production credits are bare-boned and the film is stretched to its 72 minute running time, even with five editors. Good Girl would like to put an optimistic gloss on its maker’s condition and prospects, but there are clearly no answers – it is Melkeraaen’s honest, stricken, brave face which continues to haunt.