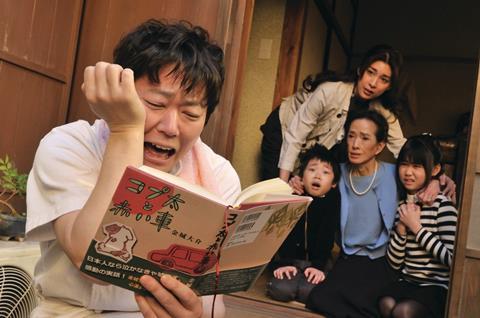 Nippon Television Network (NTV) will arrive at the AFM armed with two world premieres. Makoto Naganuma’s children’s adventure story A Tale Of Ululu’s Wonderful Forest is set against the stunning scenery of Hokkaido in northern Japan. The tale follows a little girl and her brother who set out to return a wolf-like puppy to its natural habitat after a biologist threatens to take the rare creature away.

Tokyo Broadcast System (TBS) will offer a taste of several titles in post-production. Buyers will have a sneak peek at animated feature film Professor Layton And The Eternal Diva, based on the 5.6 million-selling Nintendo DS puzzle-solving game. TBS also brings clips from Kazuaki Ue’s culture-clash romantic comedy My Darling Is A Foreigner, starring Jonathan Sherr and Mao Inoue.