Action thrillers galore, a 3D musical and a virgin comedy. 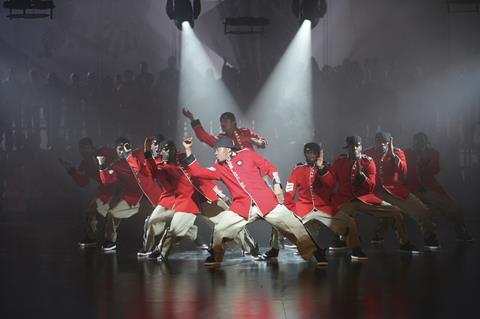 Content Film International will be presenting the high-concept action thriller The Fallout from Xavier Gens, the director of box-office hit Hitman, which grossed around $100m worldwide.

Billed as ‘Assault On Precinct 13 meets Lord Of The Flies’, it is set in the basement of a New York City apartment block and is preparing to shoot in February.

Ian Sharp’s Tracker, starring Ray Winstone and Temuera Morrison, is a dark tale set in the badlands of New Zealand. It follows an ex-Boer War guerrilla who is sent to capture a Maori accused of killing a British soldier. Independent is also selling Lynne Ramsay’s We Need To Talk About Kevin, starring Tilda Swinton. Production starts in early 2010.

Protagonist will be showcasing its new musical 3D extravaganza StreetDance 3D, featuring the stars of TV show Britain’s Got Talent. Directed by Max and Dania, best known for their pop promo work, the film is now in post-production. A 3D trailer will be available in Santa Monica.

In addition, Protagonist is looking to interest buyers in Warp Films’ Submarine, the first feature from comedian Richard Ayoade. The comedy about a teenager trying to lose his virginity stars Sally Hawkins, Paddy Considine and Noah Taylor. Shooting is now underway in Wales.

Thompson and Greg Wise are set to star in the film about a love triangle between Victorian art critic John Ruskin, his wife Effie Gray and pre-Raphaelite painter John Everett Millais. Further cast is set be announced.

Moviehouse will be introducing buyers to Dead Cert, which will star Craig Fairbrass, Billy Murray and Steven Berkoff.

Revolver is taking the online buzz phenomenon Robsessed, a documentary about Twilight star Robert Pattinson, to sell around the world.

Prolific genre specialist Jinga Film is giving a market premiere to horror film The Scar Crow, from co- directors Andy Thompson and Pete Benson. It follows three city boys who get their comeuppance when they meet a trio of sisters during a weekend team-building exercise. The cast is headed by Anna Tolputt and Kevyn Connett.
Jinga is also showcasing Darren Ward’s thriller A Day Of Violence.