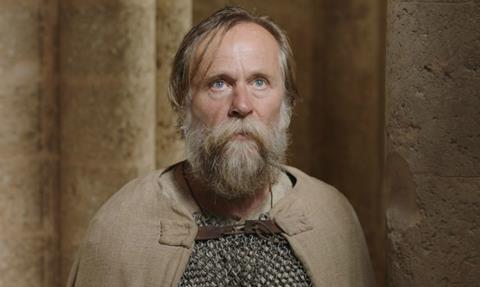 According to organisers, the festival was attended by 13, 734 accredited visitors. Of that number 11, 554 had festival passes, 398 were filmmakers, 1,165 film professionals, and 617 journalists.

23 films received their world premiere, while 18 had their international premiere and 13 their European premiere. 183 screenings were personally presented by delegations of filmmakers. 96 Press & Industry screenings were held.

According to a festival release, 1,248 film buyers, sellers, distributors, film festival programmers, representatives of film institutions, and other industry professionals were accredited for the festival.

547 accredited film professionals came to the festival from abroad. 213 film buyers and distributors and 222 festival programmers chose from the new films and Works in Progress.

Alexander Yatsenko for his role in the film Arrhythmia / Aritmiya

For the best First Feature Film

For the Best Newcomer

The financial award goes to the director of the award-winning film.

Awarded by The International Federation of Film Critics(FIPRESCI).

EUROPA CINEMAS LABEL AWARD
For the best European film in the Official Selection - Competition and in the East of the West - Competition.

At the 14th edition of Works in Progress @KVIFF, eight selected projects (plus one out of competition) were presented from a total of 77 submissions from Central and Eastern Europe, the Balkans, Turkey, Greece and post-Soviet territories.

The 2017 award, with a total value of EUR 100,000, includes post-production services at UPP and Soundsquare and a EUR 10,000 cash award from Barrandov Studio.

The Karlovy Vary IFF is one of four international festivals to present this award. The final eight projects were selected from 45 submitted projects from Eurimages countries that are currently in production or post-production, are being made outside the traditional filmmaking framework, and involve international co-operation. The best project receives an award of EUR 50,000.