Screen spoke to director Triin Ruumet and others from the young Estonian production company to talk about the Karlovy Vary win for the film The Days That Confused. 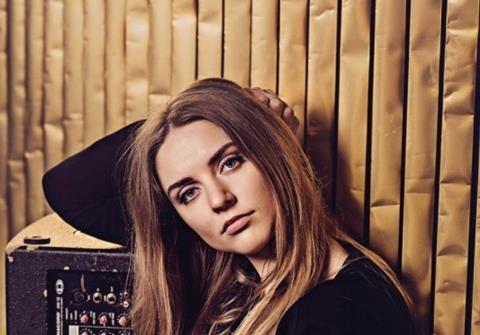 Having received its international premiere in Karlovy Vary’s East of the West competition last week, Estonian film The Days That Confused flew the flag for the Baltic Countries as it won the festival’s special jury prize.

The debut feature from Estonian director Triin Ruumet is a hazy, fever dream of a film that explores growing up and masculinity as well as the pains of a country and generation that are not sure what to do with their new-found freedom.

During the 1990s, 27-year-old Allar (Hendrik Toompere Jr.) finds himself spending time with his friends and drinking. Pretty much par for the course for people in a small Estonian town. But after a car accident, a chance encounter sees Allar try to find some meaning in his life. But does finding meaning also mean finding corruption?

The film has an air of David Lynch as Ruumet combines bold and dreamy visuals with a fractured and staccato narrative in which reality seems one step removed. It’s very much on the cutting edge of Estonian cinema and represents an emergence of a new wave of filmmakers emanating from the country

Aside from Ruumet, the film represents the debut of the majority of the crew and is the first feature from the young production company Kinosaurus.

Screen talked to Ruumet, the film’s producer Maie Rosmann-Lill and Kaspar Ainelo from Kinosaurus to talk about the screening in Karlovy Vary, the reaction from the domestic crowd and what it was like to win the Special Jury Prize.

Screen: Triin – Tell us a little bit about yourself and your background.

Triin Ruumet: I was born in Tallinn. I was in first grade and my parents were living this totally ’90s life. We would have parties at our house, people were dancing around the stuff and listening to Boney M. But I grew up on the back seat of an old BMW.

Screen: And how did you want to be involved with making films?

Ruumet: I didn’t want anything. I was just walking and it came to me. It was just a path and one thing led to another.

Screen: Where did The Days That Confused originate from?

Triin Ruumet: From an old BMW, from the smoke – as my father smoked in the driver’s seat – and from the forest. It came from that. This is the reason the film is dedicated to my father. It’s a spirit of some deep dark freedom which is inside of everyone

Screen: How did you go about shooting the film? Given that it represented the debut of the majority of the cast and crew, was there ever any nervousness?

Maie Rosmann-Lill: Everyone was willing to put their investment in time and we got really good deals. I really felt that no-one was doing it for money. I think everyone understood what the opportunities were and what we could offer. Everyone enjoyed being part of the process. It turned out to be like a summer camp in South Estonia and everyone was really happy to be involved. It’s interesting that sometimes there is tension [when making a film] but on our film shoot there was no tension. It was fun but we were all still working hard. It was balanced.

Ruumet: If you create some energy while doing a film, you’re responsible for that and you’ll give it out. You can’t pretend.

Screen: They are a number of well-known Estonian actors –such as Juhan Ulfsak and Taavi Eelmaa - amongst the newcomers. How did you cast the film?

Ruumet: From the feeling, from the heart.  I just felt whether it clicked. We did a lot of casting and had to find a group that had to fit together

Screen: In some ways it’s a story that is very specific to Estonia. How have the Karlovy Vary audiences reacted to it?

Kaspar Ainelo: In Eastern Europe it’s received well, because there are things that are similar. It’s an Estonian story but it fits into a lot of countries because a lot of people went through similar things. I think if you don’t understand the state of the country you’ll still find something interesting because it was such a colourful and fantastic time. I think everyone will find something.

Ruumet: And everyone likes to have a vodka.

Screen: As a female director, I find it interesting that you have such a precise examination of masculine behaviour.

Ruumet: I am ‘middle sex’ in my mind. I’m hetero but I really understand men. In the ’90s you could watch it from a distance, being a girl and in the first grade. You have a little distance to observe how others behaved.

Screen: How did domestic audiences take the film when it was released in April?

Ainelo:  The film went in cinemas really well and it started some discussions which is always cool. There were serious discussions about the ’90s, a process of remembering the times and how it was. There’s a feeling that the ’90s was ugly and bad and we don’t want to talk about it. The film opened it up and made it cool it again. In Estonia it was received well because people started talking

Screen: The film feels very much part of a new wave of Estonian filmmakesr, typified by directors such as Veiko Õunpuu [whose film Free Range played at the Berlinale in 2014].

Ruumet: Estonian cinema will have a new wave. Well, the new wave has actually started. Veiko started it – and he’s a really great inspiration for us and he’s been guiding me since my school time and I’d really like to say a big thanks to him. But yeah, Veiko started this thing. Other classmates [Ruumet studied at the Tallinn-based Baltic Film and Media School] such as Moonika Siimets and Kaur Kokk are just about to do their first features.

Screen: Do you know what your next project will be?

Screen: And what was it like to win the Special Jury Prize at Karlovy Vary?

Rosmann-Lill: The whole festival has been a big celebration for us so we didn’t party a lot after the awards gala but are planning to organize a big sauna party to our crew and actors. The feeling after winning was a bit confusing but definitely amazing and joyful.