Under new artistic director Olivier Pere, the 63rd Locarno International Film Festival (which kicked off last night) is building its industry appeal with a wide-ranging programme that emphasises young talent. 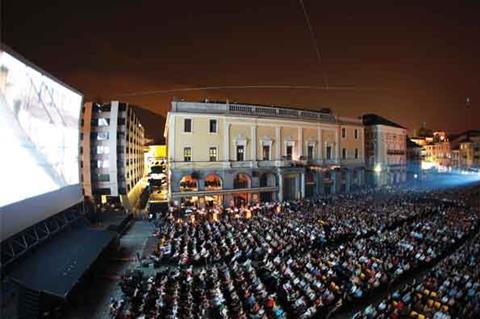 A common observation in the industry has been that the Locarno International Film Festival is hampered somewhat by its summer berth. In August, most of Europe is on holiday and the film industry’s eyes are on the big early autumn events. Locarno’s critics contend it is therefore a struggle for the venerable Swiss festival either to secure prestigious premieres or to attract major distributors who might buy them.

Locarno’s new artistic director, Olivier Pere, refuses to accept that the festival’s dates are a hurdle. Pere comes to the festival after a five-year stint as artistic director of Cannes’ Directors’ Fortnight and has a reputation as a champion of auteur cinema and as a rigorous programmer.

Observers are hoping he will bring some of the same imagination and high standards that characterised Locarno programming under Marco Müller in the 1990s.

“I have a programme to make Locarno more exciting for the films and also for the industry,” Pere told Screen before the festival began. Along with Nadia Dresti, who runs the festival’s industry office, he has already hatched a new programme of industry screenings, restricted to buyers and sellers, which will preview the films screening on the Piazza Grande and in the festival’s international and Filmmakers of the Present competitions. Dubbed Industry Days (August 7-9), these will overlap with the festival’s co-production lab, Open Doors, which this year will focus on Central Asia.

Certain distributors used to attend Locarno in semi-holiday mode, operating at half throttle and seeing Locarno as a relaxed way to ease into the autumn market season. “That’s what I want to change,” Pere says. “This year, a lot of [industry] people who’ve never been to Locarno or haven’t been here for a very long time will come back to work. Those who are in Locarno for holidays will see it is possible to work as well.” He adds that he is determined to “recreate the relationship between Locarno and the important sales [agents] and producers”.

Companies such as Les Films Du Losange, Ad Vitam, Visit Films, SND, Elle Driver, Rezo Films, UGC, Bavaria Film International, Wild Bunch, HanWay and Films Distribution are all due to attend. The aim is to lure distributors who might buy - buyers who have attended for many years without making acquisitions have had their invitations withdrawn.

Thorsten Ritter, head of Bavaria, which will be premiering thriller The Silence on the Piazza, points out the relaxed mood in Locarno can be to the distributors’ advantage. “The good thing about Locarno is that there is not so much pressure,” he says. “The buyers are not just running around. They have time to appreciate a film and let it sink in. It’s a viable alternative to Venice, where it is rather hectic and more high-octane. The ideal is to go from Locarno to Toronto as we did with Mostly Martha [in 2001]. Back then, we came to Toronto with some buzz from Europe and the film was picked up by Paramount Classics.”

Locarno’s budget has remained stable, at around $10.4m (sfr11m). Pere has already cut the number of films in the festival, eliminating the Ici Ailleurs strand so that attention can be focused on the international competition and Filmmakers of the Present. As Pere himself puts it, “Locarno in its history has anticipated a lot of things − Asian cinema, Iranian cinema, the European New Wave, video art. In the last few years, that was not so obvious in terms of discoveries and the vision of the future of cinema and the new auteurs. My goal, my challenge, is to recreate that.” Pere’s first selection reflects this, with a strong emphasis on youth. As he commented at the programme launch, “This year, there’s one characteristic that’s common to all the festival sections − the youthfulness of the film-makers, whether they belong to the new generation of international cinema auteurs or are making their directorial debut.” The selection boasts about 50 world premieres and Pere points to the strong showing for Romania, the Balkans, Scandinavia, the Americas and Asia.

World premieres in Locarno’s international competition section include Benedek Fliegauf’s Womb, Christophe Honoré’s Man At Bath and Curling from Denis Coté, who won the best director prize at Locarno in 2008. Piazza Grande screenings include Cyrus from the Duplass brothers and the world premiere of The Human Resources Manager from Lemon Tree director Eran Riklis (see line-up box, below).

Pere acknowledges “it is tough work to be the first to discover film and to be in touch with the right person”, but that he will continue to build up contacts and hunt down the best new titles. His networking skills were already in evidence last year in Locarno, where he shadowed outgoing festival head Frederic Maire. William Friedkin, who came to Locarno to accept a Leopard of Honour, freely acknowledged it was partly thanks to Pere that he had made the journey.

Pere has already overseen an overhaul of the selection committee in Locarno.

In the past, there has often been a tension at the heart of the festival, with Locarno’s best-attended screenings taking place every evening in its magnificent open-air Piazza Grande, where thousands sit under the stars to eat ice cream and pizza and watch big mainstream movies. The festival’s competition, meanwhile, has concentrated on more esoteric work. “Its image was a little bit schizophrenic,” says Pere. “In between very radical arthouse cinema and the Piazza, it was difficult to have an overall vision of the festival.” He is convinced the festival can carve out its own identity. “I don¹t want to be populist,” he says, adding that he will not screen films on the Piazza unless they measure up to the artistic quality of the rest of the programme.

“There is only one cinema − good cinema, cinema that we like.” In his first year at Locarno, Pere − who has been given a three-year contract − has had to hit the ground running. “You don’t have time for a transition year when you’re making a festival,” he says. “From the beginning, it has to be new, exciting and provocative.”

The 18 features in Locarno’s international competition section come from a mix of new names and established talent, while the festival’s Piazza Grande screenings will showcase a wide range of works from international film-makers. Geoffrey Macnab continues his Locarno report with a look at the line-up.

One of the first films that new artistic director Olivier Pere announced for a screening in Locarno’s picturesque Piazza was the European premiere of Cyrus by the Duplass brothers. This is the latest in a long list of titles from Fox Searchlight to screen at Locarno, which have included Little Miss Sunshine and Waitress. Cyrus’ star, John C Reilly, will be the subject of a tribute and the film-makers are due in town. Chiara Mastroianni will also be in Locarno to receive the festival’s excellence award.

Also due to screen on the Piazza is the first footage from The Invisible Boy, the new feature film by artist Philippe Parreno (who made Zidane: A 21st Century Portrait with Douglas Gordon). Meanwhile, underlining the range of films Piazza audiences will be able to enjoy, Pere and his team are premiering The Silence, the much heralded German thriller from Swiss-born Baran bo Odar. There will also be French fare (Cédric Anger’s psychological thriller The Counsel, starring Benoit Magimel) and even Russian animation in the form of Garri Bardine’s The Ugly Duckling.

There will be also be special screenings of Platform and I Wish I Knew to mark the award of the Leopard of Honour to young Chinese auteur Jia Zhangke.

Veteran Swiss master Alain Tanner will also be honoured and there will be a comprehensive retrospective of the work of Ernst Lubitsch.