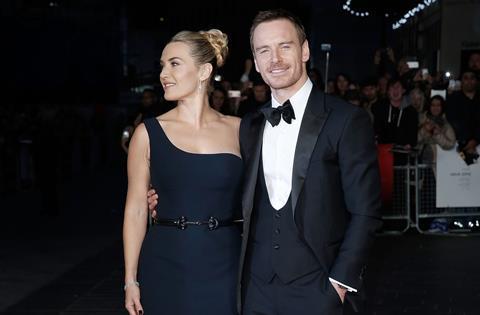 The BFI London Film Festival has recorded attendance of 157,000 across film screenings and events and an additional UK-wide audience of more than 10,000 for its 59th edition, which closed last night with Danny Boyle’s Steve Jobs.

However, festival director Clare Stewart told ScreenDaily that a number of factors had led to this 4% drop in numbers, including the closure of a key venue and diminishing screen sizes.

“The challenge for us with attendance this year was losing Odeon West End, which is now being developed as a luxury hotel,” said Stewart, who has helped grow numbers at the LFF since taking charge of the festival in 2012.

“This venue generated 23% of our attendance in our record-breaking 2014 results. Whilst we have been able to adjust against that loss with great new venue partnerships with Picturehouse Central and Cineworld Haymarket as well as matinee screenings in Odeon Leicester Square, the disappearance of two significant houses - an 814 seater and 489 seater - will continue to prove a challenge for the Festival going forward.

“With diminishing screen sizes an ongoing issue and in a busy cultural capital like London where non-cinema theatre spaces are in high demand, the Festival will be seeking solutions as to how we grow capacity to accommodate demand going forward and into our 60th edition in 2016.”

Stewart added: “We are thrilled with the results of this year’s Festival and the depth and breadth of its reach not only in terms of the quality of programme and visiting filmmakers and the responsiveness of audiences, but also the impact of our ‘strong woman’ messaging and our new LFF Connects series.”

Year of the strong woman

LFF 2015 was branded “the year of the strong woman” and opened with Sarah Gavron’s period, political drama Suffragette, which saw feminist protesters storm the red carpet.

More than 10,000 people across the UK attended simultaneous screenings of Suffragette and Steve Jobs, and the opening night red carpet event was live streamed online, recording more than 6,000 viewers.

A total 743 directors and filmmakers presented their work across the LFF programme, over half of which came from international territories, including Lenny Abrahamson, Hany Abu-Assad, Danny Boyle, Scott Cooper, Jonás Cuarón, Cary Fukanaga, Luca Guadagnino, Todd Haynes, Yorgos Lanthimos, László Nemes, Johnnie To and Ben Wheatley among others.

This year’s Surprise Film was animation Anomalisa from co-directors Duke Johnson and Charlie Kaufman who attended an audience Q+A with actor David Thewlis.

In a year when the Festival focused attention on women in film, three of the four awards comprising the LFF competition sections were won by films directed by women while Oscar-winning actress Cate Blanchett was honoured with the BFI Fellowship. [Full report here]