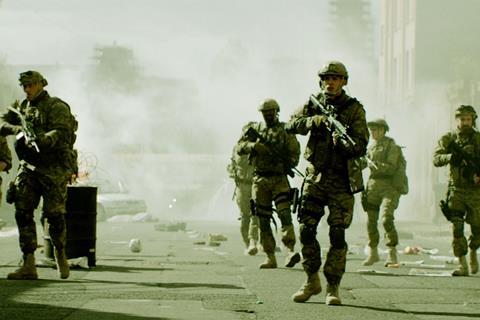 The company will distribute the film in collaboration with Intense Distribution, an arm of Chee’s production company Intense Productions.

Redcon-1, which stars Oris Erhuero, Carlos Gallardo, Akira Koieyama and Mark Strange. will be released as a series of event screenings around the UK, at both Vue theatres and indie sites, from September 28.  Some 70 screenings in 28 cities are confirmed with more planned.

The screenings will include various director and cast Q&As, make-up workships and zombie walks.

Redcon-1, is about eight special forces soldiers on a mission to find the scientist who may hold the key to ending the viral outbreak that has caused a zombie infestation of the UK.