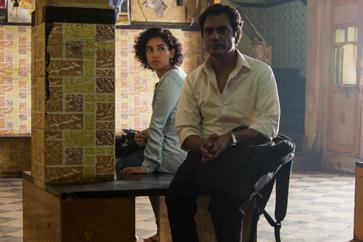 The 2019 Indian Film Festival of Los Angeles has announced its line-up including the LA premiere of Ritesh Batra’s Photograph and Anamika Haksar’s Taking The Horse To Eat Jalebis, both of which debuted at Sundance in January.

The festival will also present Ronak Shah’s Love Goes Through Your Mind and host the world premiere of Varun Chounal’s Gabroo.

The festival features a strong female representation. Widow Of Silence, Nooreh, and The Sweet Requiem all feature female leads. IFFLA has also selected ten shorts, seven of which are either directed by female filmmakers or feature a female central character.

As previously reported, Sriram Raghavan’s Andhadhun will open the festival with a special focus on actress Tabu, who will take part in a post-screening Q&A with the director.

The 2019 Indian Film Festival of Los Angeles will take place from April 11-14 at Regal Live L.A. in downtown, and Ahrya Fine Arts Theater in Beverly Hills.