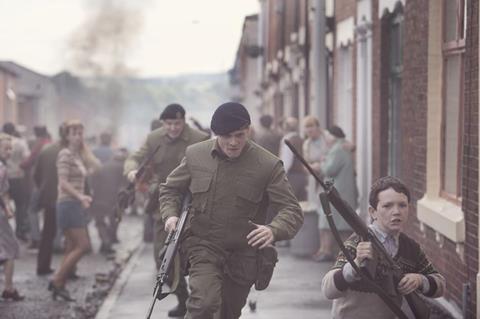 StudioCanal is to release action thriller ’71 across the UK on October 10.

The film, from first-time feature director Yann Demange, received its world premiere at the Berlin International Film Festival in February and has gone on to play at Beaune, Karlovy Vary and Jerusalem as well as the recent Bogota Audiovisual Market.

’71 stars Jack O’Connell as a young British soldier, accidentally abandoned by his unit following a riot on the streets of Belfast during the Troubles. The young recruit has to on the run and into hiding behind enemy lines to survive the night.