'A Bad Moms Christmas' to open in November 2017

Los Angeles-based STX Entertainment on Friday is lining up the sequel to its hit comedy for a November 3 release. 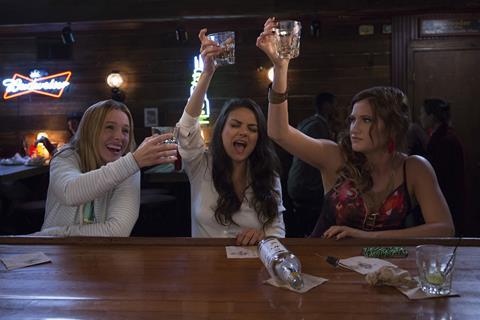 Mila Kunis, Kristen Bell and Kathryn Hahn will reunite as the rebel young mothers, who this time must deal with their own visiting mothers over the holiday period.

Jon Lucas and Scott Moore will write and direct the sequel as they did on last summer’s R-rated hit, which grossed $113.3m in North America and $179.4m worldwide.

Suzanne Todd will produce A Bad Moms Christmas and Bill Block is on board as executive producer.