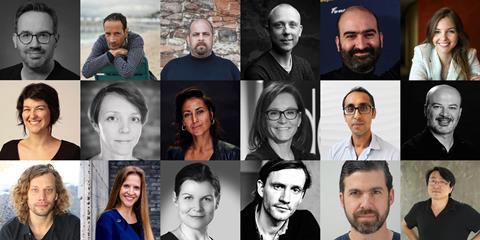 ACE producers has unveiled the 18 producers who have been selected to participate in 29th edition of its ACE Session training programme and join the ACE Network.

A total of 15 territories are represented in the selection, comprising Belgium, Czech Republic, Canada, Denmark, Finland, France, Germany, Luxembourg, the Netherlands, Slovenia, Spain, Sweden and the UK, as well as, for the first time, Georgia and Lithuania.

The participants will attend the programme, running across 2019 to 2020, with a feature project in development.

The fresh intake includes the UK’s Kurban Kassam, who recently produced Sally Potter’s The Party. He will participate with The Parcel, a new feature by Indian filmmaker Umesh Kulkarni, that he is developing under his Raucous Pictures banner.

The selection committee was made up of members of the ACE board, ACE consultants, president Antoine Simkine and director and head of studies Jacobine van der Vloed.

The programme revolves around four core meetings, kicking off with a first content development workshop hosted by Aalto University in Helsinki in mid-October, touching on concepts, dramaturgy and target audiences.

A second meeting in Prague, running with the support of the Czech Film Fund and the Czech Audiovisual Producers Association, will focus on financing opportunities and strategies.

The third session will tackle the producers’ wider business strategies, providing them with models of sustainable company management and ways to build businesses that have real value. It will take place in Amsterdam with the support of the Netherlands Film Fund.

It will be followed by the ACE Annual Reunion in Edinburgh, supported by Screen Scotland, at which the new producers will be officially welcomed into the ACE Network.

The body highlighted the fact that it will be the first time that a key ACE event has been held in the UK since the association’s creation in 1993.

Initially based in Paris, before moving to Amsterdam in 2017, ACE is an invite-only network of experienced independent film producers from Europe and beyond, with around 250 members from more than 45 countries.