EXCLUSIVE: XLrator Media has taken US rights to the action thriller. 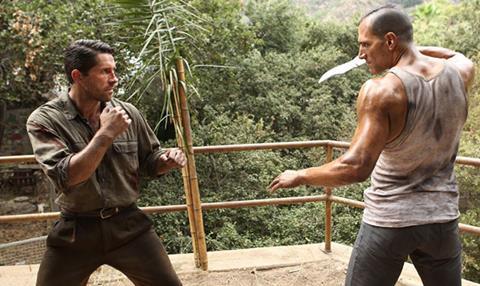 Bleiberg Entertainment has virtually sold out worldwide rights here to the Scott Adkins action thriller Savage Dog led by a US deal with XLrator Media.

The LA-based production and sales company has licensed Germany to Spirit/Koch Media, Latin America to California Filmes, Canada to VVS Films, the Middle East to Eagle Films and Turkey to Sinema, among others.

Only China and Hong Kong remain available on Savage Dog, which recently wrapped production and centres on a disgraced soldier-turned-prizefighter seeking vengeance in a lawless town in 1950s Indochina.

Joining Adkins on the cast are Marko Zaror, Cung Le and Juju Chan. Jesse V. Johnson directs from his own original screenplay.

Bleiberg Entertainment’s AFM slate includes Coming Through The Rye featuring Chris Cooper; Past Life, Ace The Case with Susan Sarandon; and Back In The Day starring William DeMeo and Alec Baldwin.