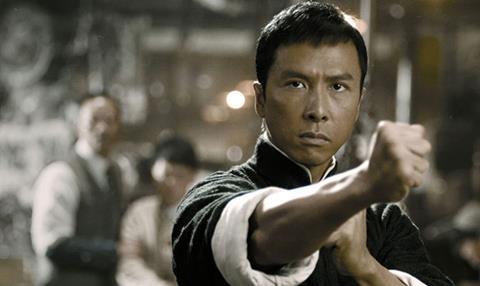 Currently in production, the film follows Ho from his days as an illegal immigrant through his rise to becoming one of Hong Kong’s most powerful drug lords. Wong Jing’s Mega-Vision Project Workshop is producing with Bona Film Group.

Mega-Vision is also launching sales on action adventure The Golden Monk, directed by Wong Jing and Billy Chung, and starring Zheng Kai (So Young) and Zhang Yuqi (The Mermaid).

Currently in post-production, the film is produced by Mega-Vision and Beijing Hairun Pictures. The story revolves around a monk who realises he is the reincarnation of a fairy spirit that was cast down from heaven and seeks out his true fairy love.

Mega Vision is also selling Wong Jing and Kam Ka Wai’s Colour Of The Game, starring Simon Yam, Jordan Chan and Philip Ng. The final installment in Wong Jing’s Colour trilogy, the film follows a gambler and his protégé who are pulled into a vengeance mission for a mob boss.