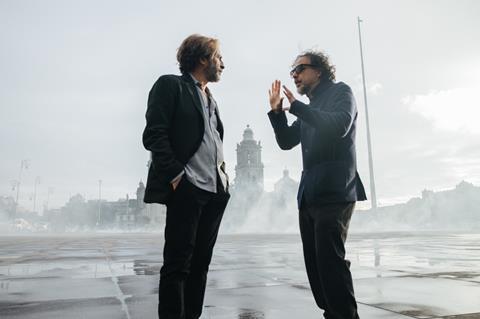 Two-time best directing Oscar winner Alejandro G. Inarritu has wrapped production in Mexico on Bardo (Or False Chronicle Of A Handful Of Truths).

Screen understands the film will not get a release this year and distributors or sales agents attached to the film remained unknown at time of writing.

Five years after Inarritu earned his second consecutive best directing Oscar for The Revenant (He also won for Birdman in 2015), the Mexican auteur returns with a story based on a screenplay he co-wrote with regular collaborator Nicolas Giacobone.

Bardo stars Daniel Jimenez Cacho and Griselda Siciliani and is described as a nostalgic comedy set against an epic journey. The story chronicles the uncertainties of the main character, a renowned Mexican journalist and documentary filmmaker, as he returns to his native country to face his identity, family, the folly of his memories and the new reality of his country.