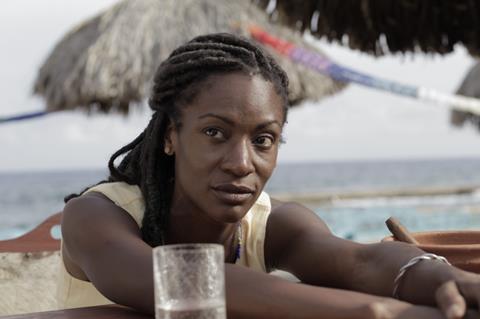 The feature, directed by Cuban filmmaker Carlos Lechuga (who participated in Horizontes Latinos at San Sebastian in 2016), follows the story of a Havana woman with the ability to see into the future who finds herself in a crisis when her only son decides to leave the country.

The prize carries a €30,000 award to the majority producer towards completing the film and a screening at Cannes Marché 2022. To be eligible films in the WIP categories must be in post-production.

The main WIP Latam Industry Award went to Laura Baumeister’s Daughter Of Rage, a co-production between Nicaragua, Mexico, the Netherlands, Germany, France and Norway. The lucrative prize includes a guarantee of distribution in Spain and post-production support from a several service companies.

It marks the first feature of Nicaraguan writer-director Baumeister and centres on a young girl who lives at a vast rubbish dump with her mother and a herd of dogs. When the girl accidentally poisons a litter of puppies, her mother takes the desperate decision to leave her at a recycling factory where she is forced to work with other children. The film previously won the best project award at San Sebastian’s Europe-Latin America co-production forum in 2019.

The WIP Europa Industry Award prize went Carbon, a darkly comedic feature debut from Moldovan filmmaker Ion Bors set in the late 1990s during the Transnistria War. The winner receives €10,000 for the majority producer and a screening at Cannes Marché 2022.

Francisco Marise’s Camionero won the Europe-Latin America Co-production Forum Best Project Award and Juan Andrés Arango’s Where The River Begins took the Dale! Award. Both participated in the Forum where Argentinian projects were out in force.