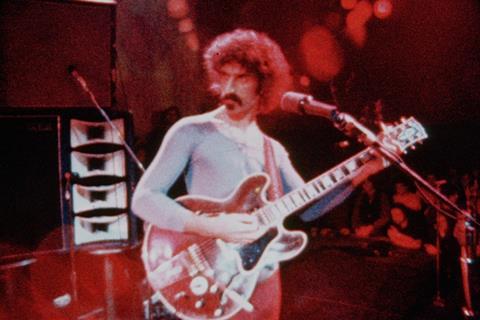 The film about the life of late maverick musician Frank Zappa will receive a theatrical release across Europe from March 2021, excluding the UK, Ireland, German-speaking territories and Poland, where deals have yet to be closed.

The documentary includes access to the Zappa family and archival footage, exploring the private life of the musician who died in 1993, and includes appearances by his widow Gail Zappa and several musical collaborators.

Winter is best known for acting in films such as the Bill & Ted trilogy but has long established himself as a documentary director with recent titles including Showbiz Kids, The Panama Papers and Deep Web, which he also wrote and produced.

Magnolia Pictures released Zappa in the US last month.