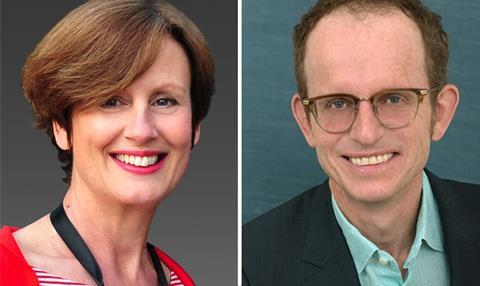 Gail Egan and Andrea Calderwood’s Potboiler Films and X Filme run by Stefan Arndt and Uwe Schott will each channel up to two films a year for financing and sales into Cornerstone Films.

Thompson will hit the Croisette with the prestige drama Denial starring Hilary Swank and Tom Wilkinson.

As first reported on ScreenDaily, the film is based on Deborah E Lipstadt’s book History On Trial: My Day In Court With A Holocaust Denier about a courtroom clash with the notorious historian David Irving. David Hare has adapted the screenplay.

“I have long admired Alison as one of the leading specialists in film sales and I’m thrilled to be able to bring my complementary set of skills to this new partnership,” said Gooder. “We have a shared, strong belief in the continued importance of quality theatrically driven material to drive the independent film model.”

Thompson added: “Mark and I share similar tastes and ambitions and with our combined experiences, we look forward to creating a brand new voice in the film community.

“At the same time, we are thrilled to be embarking on this adventure with two of the industry’s leading producers, Potboiler and X Filme, both of who have fantastic track records in producing the kind of films we aim to present to the market.”

Gooder started out in Australia and set up a distribution venture for Mel Gibson and Bruce Davey’s Icon, before relocating to LA in 2006 to oversee the Icon group of companies including an international sales arm, UK and Australia distribution and Icon Productions.

He joined The Weinstein Company in 2012 as president of acquisitions. His acquisition and distribution credits include 12 Years A Slave, The Passion Of The Christ, Amelie, La Vie En Rose, The Blair Witch Project, Philomena and Slumdog Millionaire.