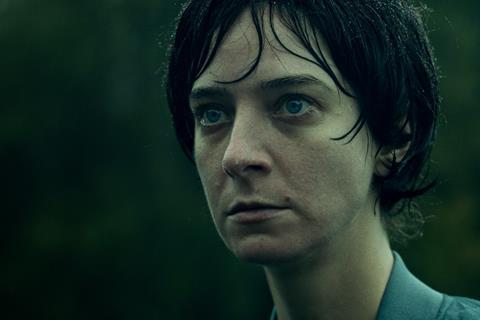 Source: © One Plus One Inc & The Standard Model

In the run-up to Toronto International Film Festival (TIFF), Altitude has boarded international sales rights to festival selection Violation and XYZ will handle US sales.

Madeleine Sims-Fewer and Dusty Mancinelli co-directed the Midnight Madness selection about Miriam, a troubled woman on the edge of divorce who returns home to her younger sister, Greta, after several years apart.

After an error of judgment results in a betrayal, Miriam embarks on a vicious crusade of revenge. The feminist revenge tale screens at TIFF on September 14.

The filmmakers met at the TIFF Talent Lab in 2015 and forged a strong creative partnership. Prior to Violation they collaborated on three short films: Slap Happy, Woman In Stall and Chubby, which have played at festivals including London, Telluride and Slamdance.

Sims-Fewer is also one of four actors selected for the TIFF Rising Stars this year.

Altitude Film Sales managing director Mike Runagall said: “Madeleine and Dusty have created a daring, timeless and genre-bending tale of revenge that lingers long in the memory and we look forward to bringing this to international audiences.”

Violation was recently selected for the Fantastic 7 initiative, which offered a platform for seven new genre projects at leading film festivals including Sitges, Bucheon, Cairo, Guadalajara, Macao, SXSW, and Toronto.