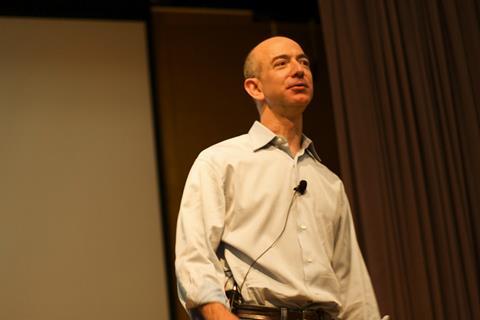 Bezos told shareholders in a letter released on Wednesday (April 18) that more new members joined Prime worldwide in 2017 than in any other year in the service’s 13-year history.

Prime Day 2017 was the company’s biggest global shopping event ever until it was surpassed by Cyber Monday.

“We’ve expanded our slate comedy feature programming across the globe,” Bezos wrote, “launching new seasons of Bosch and Sneaky Pete from the U.S., The Grand Tour from the U.K., and You Are Wanted from Germany, while adding new Sentosha shows from Japan, along with Breathe and the award-winning Inside Edge from India.

“Also this year, we expanded our Prime Channels offerings, adding CBS All Access in the U.S. and launching Channels in the U.K. and Germany. We debuted NFL Thursday Night Football on Prime Video, with more than 18 million total viewers over 11 games. In 2017, Prime Video Direct secured subscription video rights for more than 3,000 feature films and committed over $18 million in royalties to independent filmmakers and other rights holders.

“We acquired the global television rights for a multi-season production of The Lord Of The Rings, as well as Cortés, a miniseries based on the epic saga of Hernán Cortés from executive producer Steven Spielberg, starring Javier Bardem, and we look forward to beginning work on those shows this year.”