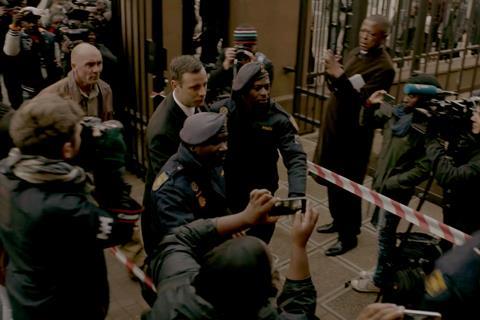 Three years in the making, Vaughan Sivell’s documentary Pistorius will be launched worldwide on Amazon Prime Video on Sept 6.

The 4 x 60’ episodes follow Oscar Pistorius’ rise to sporting fame as a Paralympic champion, the fateful night in February 2013 when he shot his girlfriend Reeva Steenkamp, and the subsequent murder trial.

The series also explores his rise and fall in the context of contemporary, turbulent South Africa.

Director Sivell told Screen: “Modern South Africa, the country, and Oscar Pistorius were born a few years apart. One became the rainbow nation and one became the Bladerunner. And then suddenly the country and the man’s world had collided, with his arrest and trial. This seemed like a great thing to explore as a movie.”

A small theatrical release is planned after the Amazon launch; the film had started life as a one-off feature but the material grew into the docuseries. The film was shot in South Africa, the US, UK and Italy. Kew Media struck the deal with Amazon Studios for the series.

Sivell and his team amassed more than 2,000 hours of footage in making the film, we well as thousands of pages of legal documents. “It was a mammoth task,” Sivell said. “We left no stone unturned, the whole team grabbed it and ran with it. We were really forensic in every detail of the trial.”

The team was not allowed to film Pistorius while he is serving a prison term, but producer/writer Sean Richard (who produces alongside Will Kane) was allowed to speak to him in prison. All of the archive footage that the filmmakers received from the Pistorius family “was agreed by Oscar himself,” Sivell added.

Because Pistorius admitted to shooting Steenkamp (through a locked bathroom door, he maintained he thought a home invader was inside),“It’s not a whodunit, it’s a whydunit,” says Sivell, and he said the film’s team “wanted to present all sides.”

“Everyone thinks they know what happened that night. You have to watch it to know what was proven and what was not proven,” he said. “I’m proud that we got as what was closest to the truth that we have. It ends with questions that can never be answered.”

Sivell, the founder of production company Western Edge Pictures and its sister financing outfit The Gennaker Group, has previously directed another sports documentary, Mr Calzaghe, about the Welsh boxer Joe Calzaghe – which was released in the UK by eOne.

As a director, Sivell’s next project will be Crusaders, which he says is “a Butch & Sundance set in 1190. It’s a comedy heist action movie,” slated to shoot in early 2019.

As a producer he has Billie Piper’s Rare Beasts starting its shoot this month and Alice Lowe’s Timestalker shooting in mid-2019.