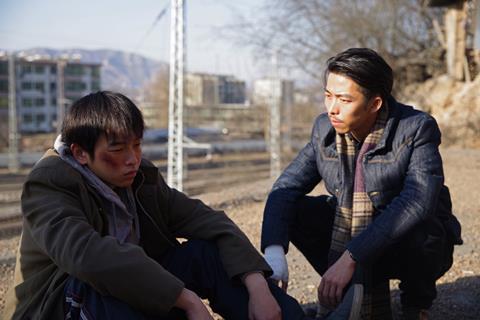 The late Hu Bo’s directorial debut An Elephant Sitting Still was named best film at the 55th Golden Horse Awards in Taiwan, while Zhang Yimou’s Shadow walked away with the most number of awards, including best director.

Two further mainland Chinese films – Dying To Survive and Long Day’s Journey Into Night – each nabbed three wins. Mainland films most noticeably dominated the stage taking most of the awards at the ceremony held on Saturday (Nov 18) at Sun Yat Sen Memorial Hall in Taipei.

An Elephant Sitting Still, which clocks up a long running time of over 230 mins, also took best adapted screenplay for Hu who directed his first (and last) film based on his own novel, about four people in search of a mythical elephant. Hu took his own life at the age of 29 before the film’s premiere at Berlin this year. His mother accepted the best film award for him.

As the host, Taiwan found glory through Dear Ex, which took three awards, including best actress for Hsieh Ying Xuan, a first time Golden Horse nominee who is a theatre veteran known as “the goddess of theatre” in Taiwan. She plays a widow who finds out the painful truth about her husband’s sexuality only after his death and is forced to confront his male lover when he becomes her husband’s life insurance beneficiary, instead of their son.

Hong Kong used to shine at the Golden Horse Awards before China became a major force over the last decade. This year, the only major prize for Hong Kong was best supporting actor, which went to Ben Yuen for his role as an elderly transgender woman in Tracey.

Oscar-winning director Ang Lee serves as the new chairman of the awards’ executive committee, with Chinese actress Gong Li as the jury head. The duo was supposed to present the best film award together, but according to the local media, Gong backed out at the last minute allegedly because of documentary winner Fu Yue’s acceptance speech which touched on Taiwan’s pro-independence status.

The local media also reported that many mainland Chinese filmmakers didn’t turn up at the after-party as a gesture of boycott.